Robocalls are overwhelming the telephone network. An estimated 58.5 billion robocalls were made to U. S. mobile phones in 2019, a new record, and a 22% increase over 2018. Despite increasing efforts, the problem is only getting worse.

Unwanted robocalls annoy subscribers and make them reluctant to answer their phones.

TransNexus offers a suite of software products to protect your customers from unwanted robocalls.

These products provide several methods of preventing robocalls from flooding your network and bothering your customers: 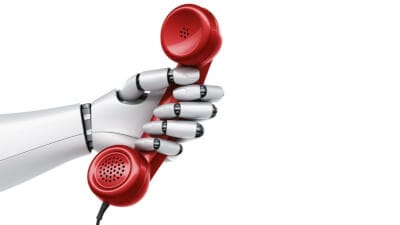 This is a type of fraud detection that’s designed to prevent robocalls. It counts calls from a specific calling number over a 60-minute period. If the number of calls from a number exceeds the trigger threshold, then the software will perform the action you chose during setup: either block the call, divert it to another call handling system (like our CAPTCHA gateway), or complete the call and log it in a report for your review.

With the reputation service, you can set up policies that will either block call from a number with poor reputation, divert it, or report only. For example, some carriers have set it up to divert calls from a low-reputation calling number to the customer’s voicemail. Alternatively, you could divert such calls to the TransNexus CAPTCHA gateway, which would prompt the caller to enter a two-digit code. A robocall program would not be able to do that. Legitimate callers would hear the prompt, enter the code, and their calls would be sent through to you..

The whitelist/blacklist service has powerful capabilities that can be used for a variety of purposes. One use is to screen calls when the calling number is like the called party’s number.

This trick, called neighbor spoofing, has become common in robocalls. The perpetrator is hoping that the called party might be more likely to answer a call from such a number—what if it’s from a friend or family member who’s in trouble and is trying to get through? So, they answer the call—anyone might—just as the perpetrator hoped.

You can set up the blacklist to divert such calls to the TransNexus CAPTCHA gateway.

Our software products provide APIs (application program interface) that you can use with your customer web portal to allow your customers to set up their own blacklists. You would need a web portal that authenticates subscribers before they can enter a request to block calls to their number from a specific calling number.

TransNexus maintains a database of high-risk numbers compiled from many sources. These numbers include premium-rate numbers, for example, and numbers known to be used in robocalls. You can enable the Shield service to block, divert or report those calls to protect yourself from robocalls and fraud attacks.

Robocalls are like a game of cat-and-mouse. Perpetrators are clever in finding an opportunity, then exploiting it until it gets blocked. Then they move on to another opening and continue. There are many techniques to minimize robocalls, but it has been difficult to completely shut them down.

But there is a way. There’s an initiative called Secure Telephone Identity (STI) that would eventually shut down robocalls completely.

This initiative uses technology like secure internet—HTTPS—with a system of attestation, certified signatures and verification. Sounds complicated, but the internet you use every day has employed technology like this for years.

This way, you would know whether the caller ID you see is fake. Robocall perpetrators would not be able to trick you. The terminating service provider might send a call with weak attestation through to you anyway, with an indication that the caller ID cannot be verified. But you might not answer that call. Eventually, robocall perpetrators would find that no one is answering their calls anymore. Game over.

TransNexus STIR/SHAKEN software solutions include everything you need for call authentication.

They’re live in production networks today and are quick and easy to deploy.

Let us show you how easy it can be to get started with robocall prevention. Sign up for an interactive demonstration today.

Webinar recording – Get Ready for the STIR/SHAKEN Call Authentication Mandate