The TransNexus CAPTCHA gateway is used to screen calls with interactive voice response (IVR). This is especially useful in scenarios where a call might be bad, and you’d like to test whether the caller is human before blocking the call.

CAPTCHA is an acronym that stands for:

Turing test refers to Alan Turing, a British computer scientist who developed his Turing test in 1950 to measure a machine’s ability to exhibit human behavior. A Turing test is conducted by a human, and the machine subject passes the test if its behavior is indistinguishable from expected human behavior.

CAPTCHA is a reverse Turing test in which the roles are reversed. A computer conducts the test, and the human subject passes the test with responses that a machine is unlikely to be able to provide.

CAPTCHA has become widely used on internet websites to prevent input from internet bots, which are software applications that run automated scripts.

The same approach can be taken on telephone calls to identify and block calls made by bots while allowing calls made by humans to connect. This can be used to prevent unwanted robocalls and telecom fraud attacks. 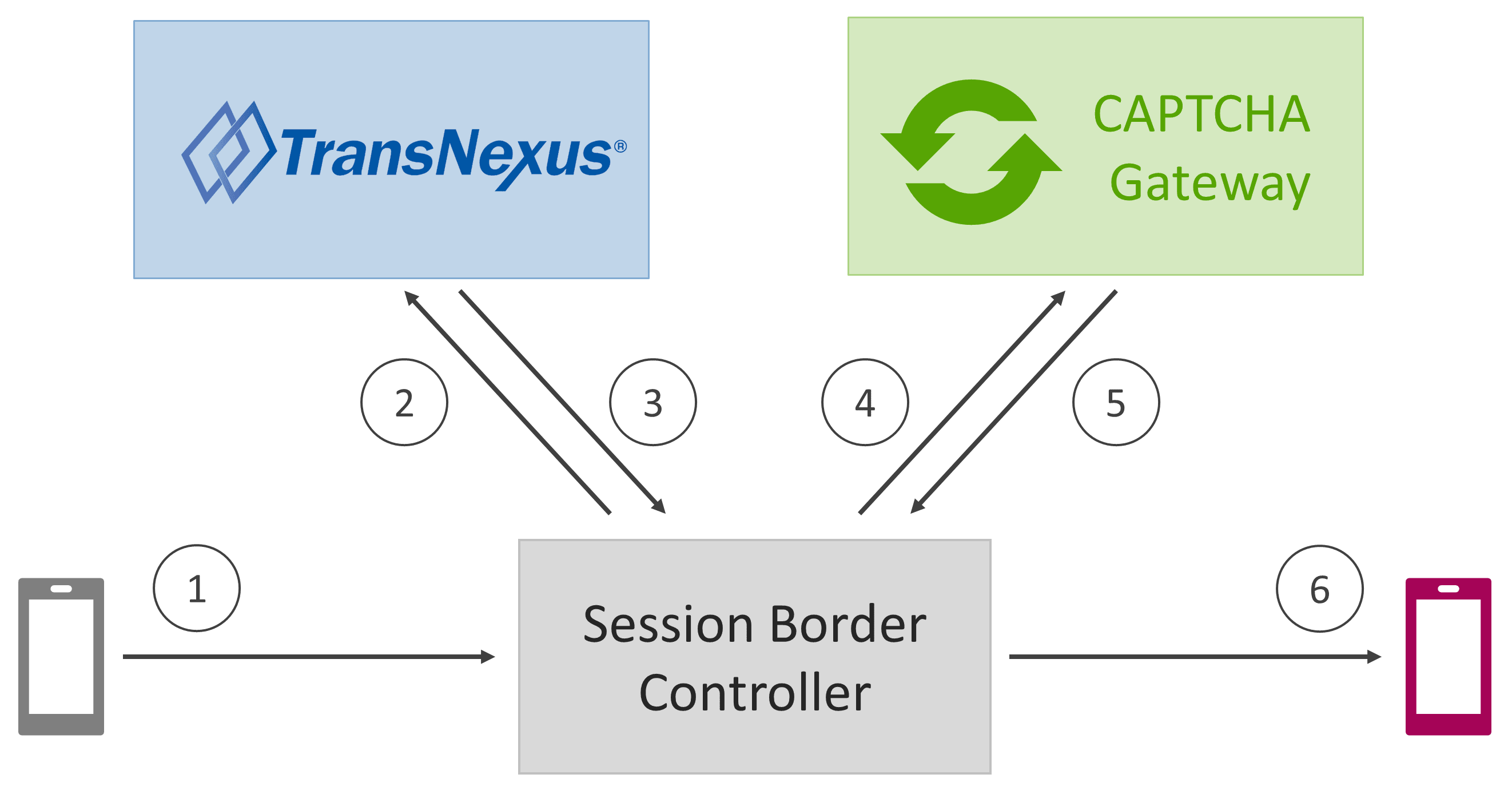 Here are the call flow steps:

Here are a few examples of ways to improve service in your network with the TransNexus CAPTCHA gateway:

Contact us today to learn how the TransNexus CAPTCHA gateway can improve service and call handling in your telecom network.