Verizon petitioned the FCC for a limited waiver of deadlines related to the Gateway Provider Order. Their request highlights the effort required to complete an IP transition. Here’s an overview.

The Gateway Provider Order included the following requirements and deadlines:

Verizon requested a limited waiver of deadlines for implementing DNO (Do-Not-Originate) blocking and for implementing STIR/SHAKEN signatures to incoming gateway traffic with U.S. calling numbers that it will exchange with another provider as a SIP call. (These items are highlighted in the table above.) Verizon asked that both deadlines be extended to December 31, 2023, so they can complete IP transition work in their gateway network.

We aren’t calling out Verizon for requesting an extension, and we have no opinion on whether the Commission should grant the petition. We think the petition illuminates the difficulties that providers face with an IP transition.

Verizon is already doing DNO blocking and STIR/SHAKEN authentication and verification in their domestic network. In their petition, Verizon explained that they:

Verizon does not have these capabilities in its gateway network. Most of the traffic to Verizon’s international gateways arrives at 1990s-era non-IP switches that are incapable of being configured for either blocking or STIR/SHAKEN.

Verizon considered replacing these legacy switches with newer ones that can handle both DNO blocking and STIR/SHAKEN. They concluded that this would take several years and impose costs in the eight-figure range (i.e., tens of millions of dollars).

Instead of this “rip and replace” approach, Verizon chose a “workaround” strategy. They will evolve an existing STIR/SHAKEN-capable network that has been used only for domestic traffic so that it can accept traffic from abroad.

Even this workaround approach involves many steps:

Verizon explained that they have begun this project by prioritizing customers with the largest amount of traffic. With this approach, they expect to migrate a substantial majority of traffic early on, although it will take time to migrate all customers.

Verizon’s international partners must make investments on their side to convert their traffic from TDM to IP, which takes time and money.

We noticed some similar themes in Verizon’s petition with comments of Iowa Network Services, Inc. (d/b/a Aureon) in the Commission’s non-IP inquiry.

In their comments, Aureon explained that they have been working on replacing a legacy tandem switch in their network since 2015. Aureon procured and deployed a new IP-capable switch. The new switch began operating alongside the old switch in 2020. This timeline seems to corroborate Verizon’s estimate of the time required for a rip-and-replace approach. (Aureon did not have a workaround option available to them.)

As with Verizon, Aureon’s timeline is dependent on their interexchange partners. Those partners must convert their networks to IP. (Aureon is a Centralized Equal Access provider with small LECs serving subscribers on one side and interexchange carriers (IXCs) on the other.)

Aureon estimates that LEC IP transitions will take 24 months. However, Aureon has no control over IXC IP transitions, which could cause further delays. Aureon noted that their “conversion to IP will be for naught if IXCs are not also required to send their traffic to Aureon as SIP rather than TDM traffic.”

Verizon anticipates that its international exchange partners will complete their IP transitions in 12 months.

This is a recurring dilemma in the IP transition saga:

What can a provider do if they transition to IP but some of their interexchange partners won’t exchange traffic with them over IP? 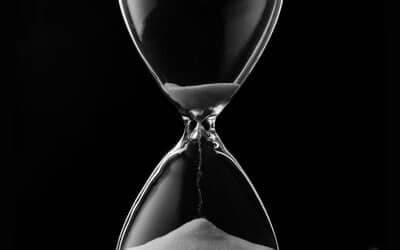