Robocalls up sharply in October

Robocalls in the U.S. were up sharply in October, reaching the highest level seen since the start of the pandemic. Here’s what’s happening. 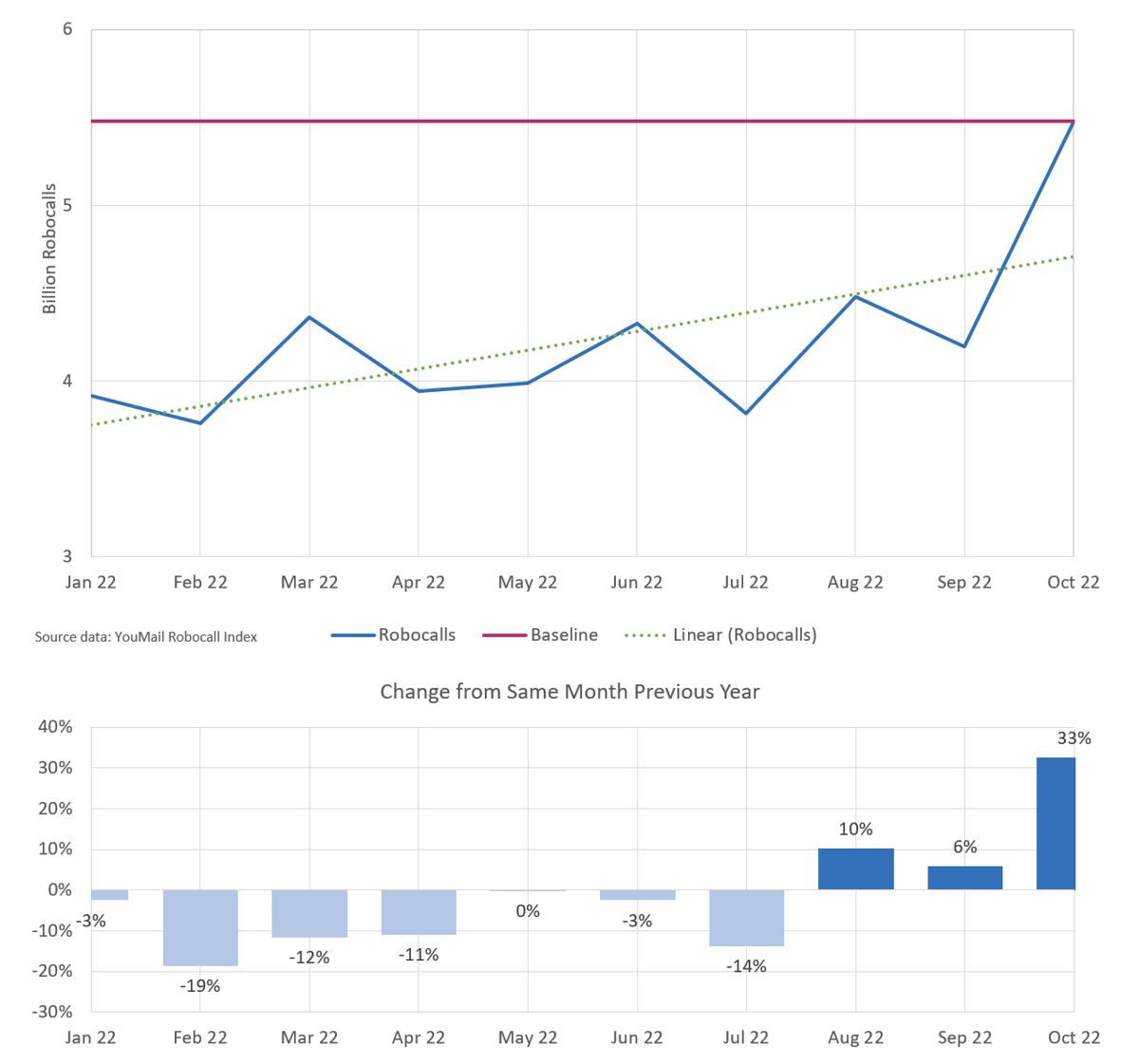 Figure 1. Robocalls in the U.S. Year-to-Date through October 2022

Figure 1 shows that robocalls reached their highest point for 2022 in October. This is also the highest monthly robocall tally since robocalls dropped in April 2020, at the start of the pandemic.

The red line shows robocalls in October as a baseline for comparison with other months. The green dotted line shows the upward trend in robocalls this year.

Since April 2020, Octobers have set the high point for robocalls each year. In the past, October robocall spikes were driven by fraudulent calls related to health insurance open enrollment. There is no indication yet that last month’s robocall surge was driven by such scams.

Call authentication is not yet helping to prevent illegal robocalls

Call authentication is not sufficient to prevent illegal robocalls by itself. However, call authentication makes call analytics much more effective, particularly for calls that were signed with full A-level attestation.

Unfortunately, call authentication is not much help when calls are signed with partial B-level or gateway C-level attestation. These attestations don’t rule out caller ID spoofing. There are plenty of robocalls signed with such attestation levels. 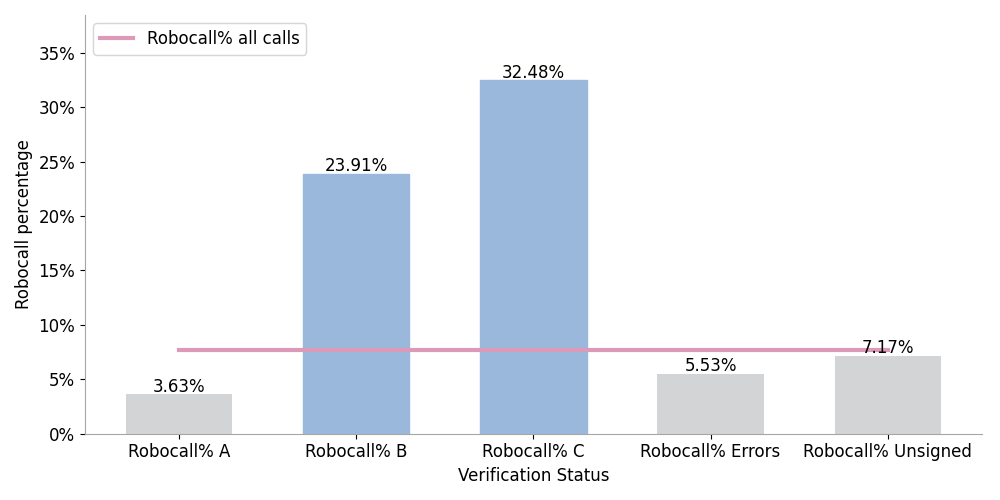 Figure 2 shows that almost a quarter of the calls signed with B-level attestation and almost a third of calls with C-level attestation are also identified as robocalls by call analytics. Many of these signed robocalls are facilitated by robocall-friendly providers that arrange for their calls to be signed by a downstream third-party signer using its own SHAKEN certificate.

Because the third party does not have an authenticated relationship with either the caller or their calling number, such calls are typically signed with C-level attestation. Some of these calls are incorrectly signed with B-level attestation by third-party signers that interpret the customer to be the upstream voice service provider, not the caller.

Third-party signers typically don’t know anything about either callers or their claimed calling numbers. Many robocall-friendly Originating Service Providers leveraging the third-party signing exploit are not registered in the SHAKEN ecosystem, so they can’t be held accountable by the SHAKEN governance structure.

This is how robocall-friendly providers evade the accountability that the STIR/SHAKEN framework is intended to provide. 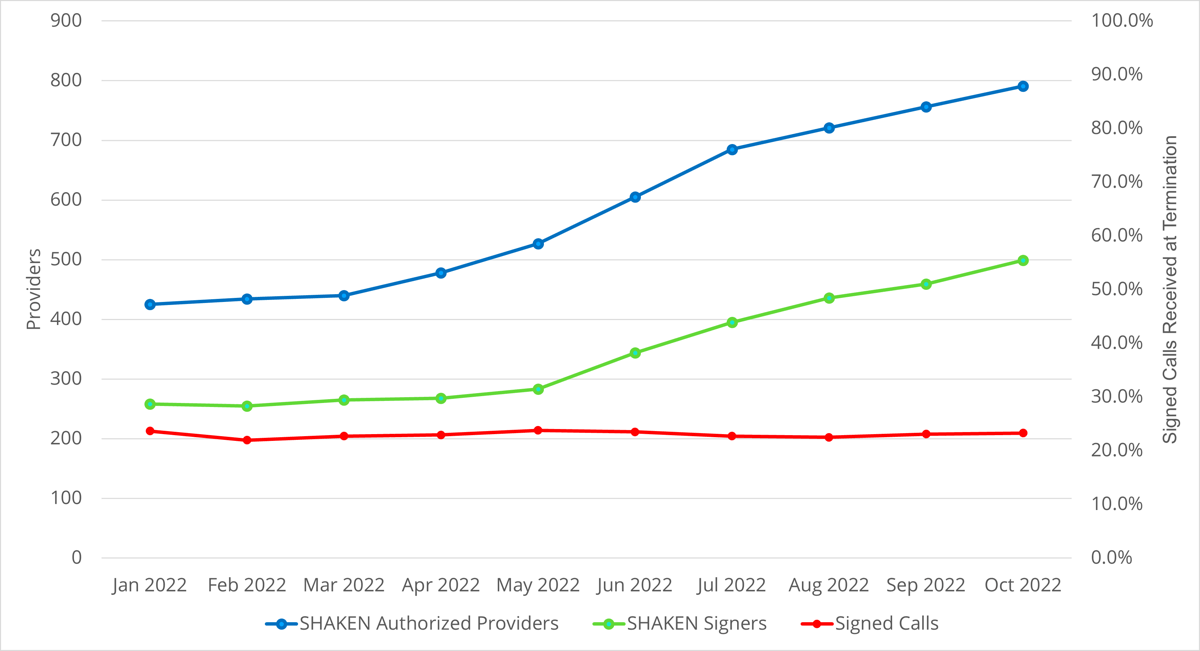 Figure 3 shows a steady increase in both the number of SHAKEN authorized voice service providers approved by the STI Policy Administrator (blue line) and the number of different providers observed originating calls signed with STIR/SHAKEN (green line). These lines are measured by the number of providers on the left vertical axis.

One would expect the percentage of signed calls at termination to rise along with participation. Instead, signed calls have remained flat because so many calls cross a non-IP barrier along the call path where the SHAKEN PASSporT is lost.

STIR/SHAKEN can be made more effective by enforcing a few simple requirements: 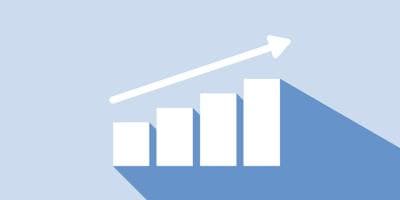