The i3 Forum published a whitepaper on how FCC robocall mitigation orders will impact international voice traffic to the U.S. This paper includes some astonishing statements on the potential impacts. Let’s have a look.

The i3 Forum whitepaper

After reviewing these basics, the i3 whitepaper drops a bombshell. 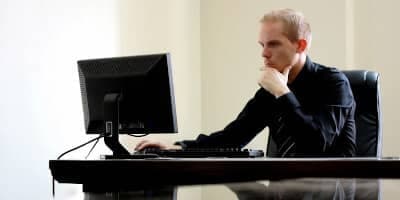 Terminating operators in USA may require their interconnected partners to register into the Robocall Mitigation Database (RMD) in order to continue delivering any international voice traffic to U.S. fixed and mobile subscribers. (emphasis added)

According to the feedback received by two major terminating U.S. operators, the reason behind this is that operators might not be able to discriminate… voice traffic based on the calling identity when traffic subject to FCC regulation (e.g., calls generated by U.S. outbound roamers) is mixed up with other international traffic.

This is an astonishing statement. Two major U.S. providers have said they will refuse all calls from unregistered foreign international wholesale providers!

Why? Because they cannot identify which calls have U.S. NANP calling numbers. So, they won’t accept any calls from unregistered international wholesale providers.

For this reason, the i3 Forum whitepaper recommends that international wholesale providers register in the RMD as intermediate foreign providers. The whitepaper notes that this will oblige the provider to accept the terms and conditions set by the FCC.

Although we were initially surprised that U.S. providers might refuse all foreign originated traffic from unregistered wholesale providers, it makes sense. We know that it’s a struggle with some telephone network equipment and software to identify calls by country of the calling number.

This is easy to configure in our software. Here’s an example:

How to block calls with U.S. calling numbers from an unregistered foreign provider

In this example, User International wholesale provider XYZ has been set up for Little Fern Telecom. Calls from this provider are identified by a particular value in either the x-otg header or the otg parameter in the SIP FROM header. (This is just one configuration example; the system provides different ways to do this.)

This screenshot shows a simple blacklist configured for calls with this originating trunk group and calling country United States. Such calls will be blocked. Calls from this trunk group with calling numbers from other countries will be accepted.

If this international wholesale provider registers a certification in the RMD, then this blacklist can quickly be deleted, and their calls with U.S. calling numbers will immediately be accepted.

Can foreign service providers get their calls signed with full attestation?

The second surprise in this whitepaper is a discussion of methods that foreign service providers can use so their calls to the U.S. will have full attestation at termination.

How is this possible? Foreign service providers cannot become SHAKEN approved by the U.S. Policy Administrator.

To overcome this limitation, the whitepaper describes three methods by which foreign service providers could achieve full attestation:

Would these things work?

There’s nothing in these proposals that’s at odds with the SHAKEN standards or FCC regulations. The proposals are surprising, however, because they bring emerging SHAKEN methods into a new context.

However, there are a few practical realities that should be mentioned:

So, these methods might work, but there are practical realities to contend with. Mobile roaming remains a thorny issue.

In addition, we help service providers with all aspects of STIR/SHAKEN deployment, including filing their certification with the FCC.