Most telephone users are familiar with blacklisting. If they get a call that they did not want, and they don’t want to receive calls from that number in the future, they block that specific number.

Let’s review these capabilities in terms of the scope of calls that can be reviewed for blacklisting and the actions that blacklisting can perform.

Blacklist policies can be defined based upon the following:

Here are some sample use cases to illustrate how these policies could be used.

Suppose an office manager decides that nobody in their office needs to call telephone numbers in South Dakota that begin with 1-605-562-xxxx. Although there are certainly valid telephone numbers in this NPA-NXX, the location is a known destination for domestic traffic pumping.

Instead of blacklisting every possible telephone number in this NPA-NXX, the office manager can simply blacklist 1605562. That will catch all calls within the block. If a fraudster breaks into their PBX and attempts a domestic traffic pumping attack, the software will block it.

Inevitably, someone in the office will have a legitimate reason to call a number in that NPA-NXX. The software lets you create a pinhole policy record for that specific user or calling number to makes calls to that area while blacklisting remains in place for other users or calling numbers.

Why would you want to blacklist a SPID? Here are two use cases:

Some providers or administrators may wish to blacklist calls to entire states. For example, if an organization or subscriber doesn’t expect they will ever have to call numbers in Iowa, South Dakota or Minnesota, they could blacklist these states. Pinholes could be opened as needed.

IRSF attacks involve a fraudster breaking into a PBX, making calls to high-cost international destinations, and sharing the revenue with the terminating service provider.

Wangiri attacks involve telephone calls from a high-cost number, usually in another country. The fraudster lets the phone ring once, then hangs up. The fraudster hopes that some people will be curious about the call and call back, incurring expensive fees.

Some software used by robocallers and fraudsters can be identified by user agents. A service provider or enterprise might rarely expect to otherwise receive calls involving such user agents. This blacklist provides a way to block such calls if desired.

Call forwarding capabilities are a common attack vector by fraudsters. They break into a subscriber’s web portal and set up unconditional call forwarding to a high-cost destination, then start traffic pumping to the subscriber’s telephone number.

Some service providers have reluctantly disabled call forwarding for this reason.

Call forwarding blacklists enable service providers and enterprises to reinstate call forwarding in a controlled way to let subscribers who need the service to use it while reducing exposure to this attack vector for other callers.

The scope of call forwarding blacklists, e.g., called numbers, SPIDs, Locations and Countries, are provided for the same reasons as the comparable blacklists. These just prevent call forwarding.

When a call is within scope for a blacklist, the action field defines the response. These actions include the following:

Contact us for more information about how these powerful blacklist features can help you better manage and protect your telecom network. 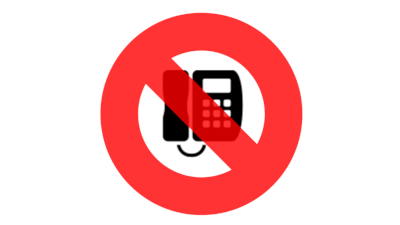