In this post, we’ll share information about attack profiles by destination type and by day. Then we’ll take a closer look at a domestic fraud attack.

We categorized each attack by the following destination types:

Most attack destinations were IRSF, as you might expect. These calls have the highest cost destinations.

However, over 41% of these telecom fraud attacks were destined for Domestic and Caribbean numbers. This result reinforces a trend we’ve been noticing for a while: as more carriers focus their efforts on preventing IRSF, fraudsters are turning their efforts to high cost Domestic and Caribbean destinations. The potential payoff isn’t as big, but some carriers aren’t monitoring this traffic as closely for telecom fraud attacks.

This result might surprise you: one might expect that telecom fraud attacks would spike on the July 4 holiday, when victims might be less apt to notice. However, fraudsters sent most fraud attacks the day before, on July 3. 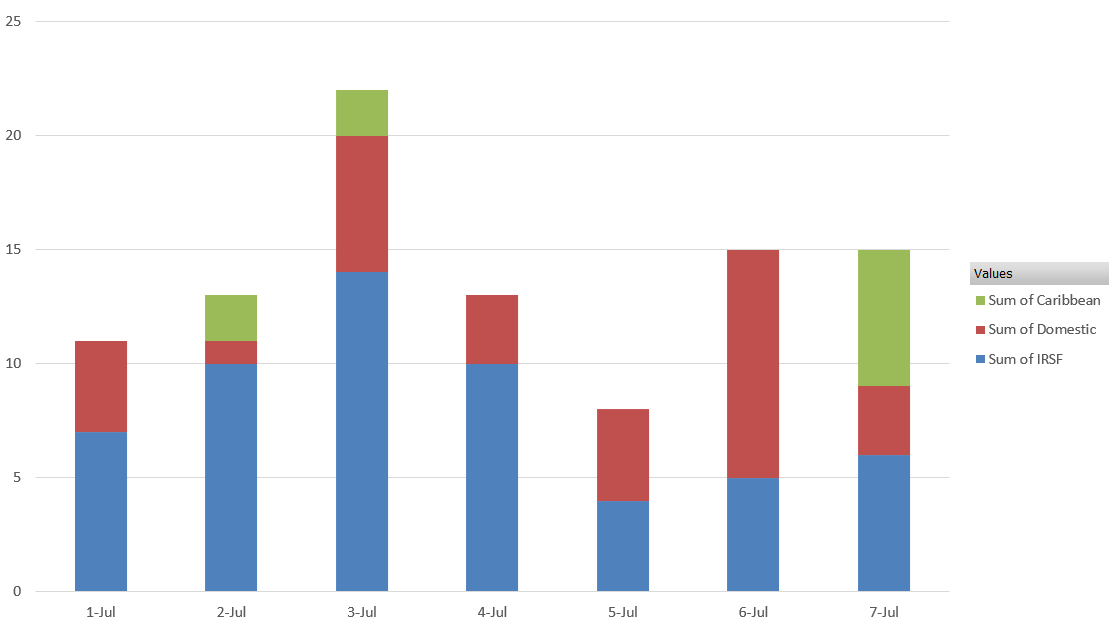 Why did fraudsters do this? We really don’t know. Perhaps they figure their victims would be anxious to get away for the holiday and wouldn’t be paying close attention.

These telecom fraud attacks were detected and blocked by SIP Analytics®. Here’s a chart that shows how SIP Analytics responded to one of the attacks:

The chart shows call activity from July 1–3. The blue line is normal call activity over these three days, and the red line shows calls blocked in response to a telecom fraud attack in the middle of the night between the second and third day.

There’s almost no gap between the red and blue lines during this fraud event, which shows how quickly SIP Analytics shut down the attack.

This was a high-call-volume domestic telecom fraud attack targeting a range of numbers in area code 605 in South Dakota. All calls had the following attributes:

SIP Analytics blocked over 6,500 call attempts made by this attack, with no service disruption of normal calls.

SIP Analytics quickly protected these service providers and their subscribers. These telecom fraud attacks were unsuccessful.

SIP Analytics is available in our ClearIP and NexOSS software products. Contact us today to learn how we can protect your network and subscribers from telecom fraud attacks using SIP Analytics. 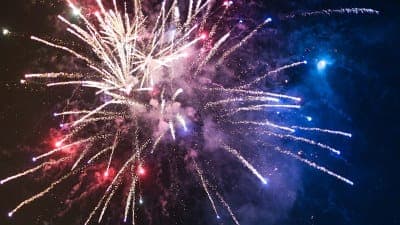