The FCC responded to opposing petitions for reconsideration of its rules restricting calls that can be made without prior express consent. Here’s a recap.

These rules stem from the TCPA and the TRACED Act. Note that the calls under discussion are typically legitimate calls generated by organizations calling consumers using auto-dialers. These are not scam robocalls intended to defraud called victims.

The TCPA prohibits telephone calls to any residential telephone line or cell phone using an artificial or prerecorded voice to deliver a message without the prior express consent of the called party.

The law also allows exemptions for certain types of calls.

Section 8 of the TRACED Act requires that any TCPA exemptions granted by the FCC be specific in terms of callers, called parties, and call limits. Here are examples of specific restrictions the FCC instituted to comply:

ACA International (ACA) and Enterprise Communications Advocacy Coalition (ECAC) filed petitions for reconsideration of the FCC’s detailed requirements. There were also comments made by utility company advocates that led to a response in this ruling.

In their declaratory ruling, the Commission issued the following decisions:

It’s amazing how seemingly modest enhancements to calling rules can snowball into a complex, detailed list of requirements. 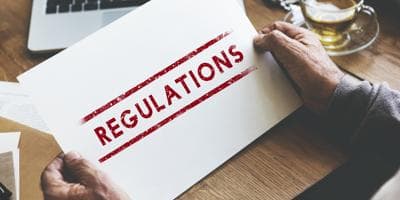