There’s an ongoing debate over call blocking notification. Will the call blocking mechanism proposed by several large carriers work, or would it impose impossible burdens on callers? New concerns have been raised—let’s sort this out.

We’ve updated our article that explains how SIP 603+ works to reflect a few minor changes in the draft standard document that were published on June 7, 2022.

Here are concerns over SIP 603+ that were raised by the National Opinion Research Center in a recent ex parte filing with the Commission.

Concern: Some SIP 603s would be call blocking notifications, while others would be calls declined for other reasons. NORC would not be able to tell by looking at the SIP 603 whether it was a call blocking notification or an ordinary decline. They’d have to dig into the body of the header to determine which type of 603 it is. SIP 607/608 would be easier to distinguish because they have different numbers.

The first example is a routine SIP 603 decline, while the second example is a SIP 603+. They are easily distinguished by the reason phrases, “Decline” and “Network Blocked.”

Concern: SIP Codes, such as SIP Codes 603, 607, and 608, could be viewed as primary keys or specially indexed words in a database so callers’ systems can be programmed to recognize and act on the relevant information very rapidly and easily. In contrast, the modification to the SIP Code 603+ that some carriers are advocating would be analogous to having some data that needs to be acted on as if it were placed in the body of a table. Systems that are used by NORC and many other callers do not and cannot easily be configured to perform direct searches on embedded information within a SIP Code header.

Response: While SIP messages may end up in database tables in other systems, they arrive as a simple block of text. The reason phrase follows the code number, as shown above. Backend systems would require new code to distinguish SIP 603, 603+, 607 and 608 anyway. With SIP 603+s, code would use the reason phrase to distinguish messages.

Concern: Any SIP Code 603+ framework for notification would be unusable without being completely standardized. Going through a standardization process could take many months or even longer.

Response: Standards development is well underway in the ATIS IP-INNI Task Force. They published an initial version in March, and an update with a few slight modifications in early June. The document doesn’t look finalized and polished, but it doesn’t look like it has significant missing pieces either. Will it take months to finish? We don’t know. Perhaps a very deliberative process would drag things out, but it doesn’t look like there’s a mountain of work to be done.

Either way, we strongly believe that NORC and other callers should have effective call blocking notification that’s easy to use so they can do their work.

It will be interesting to see how all this plays out. 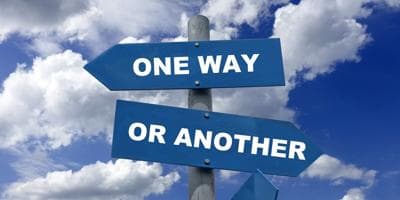