Hot off the press, we have a fresh set of STIR/SHAKEN statistics from January 2022 to track progress in call authentication to help combat illegal robocalls. Let’s have a look at the latest trends.

As in previous months, robocalls are being signed with SHAKEN. 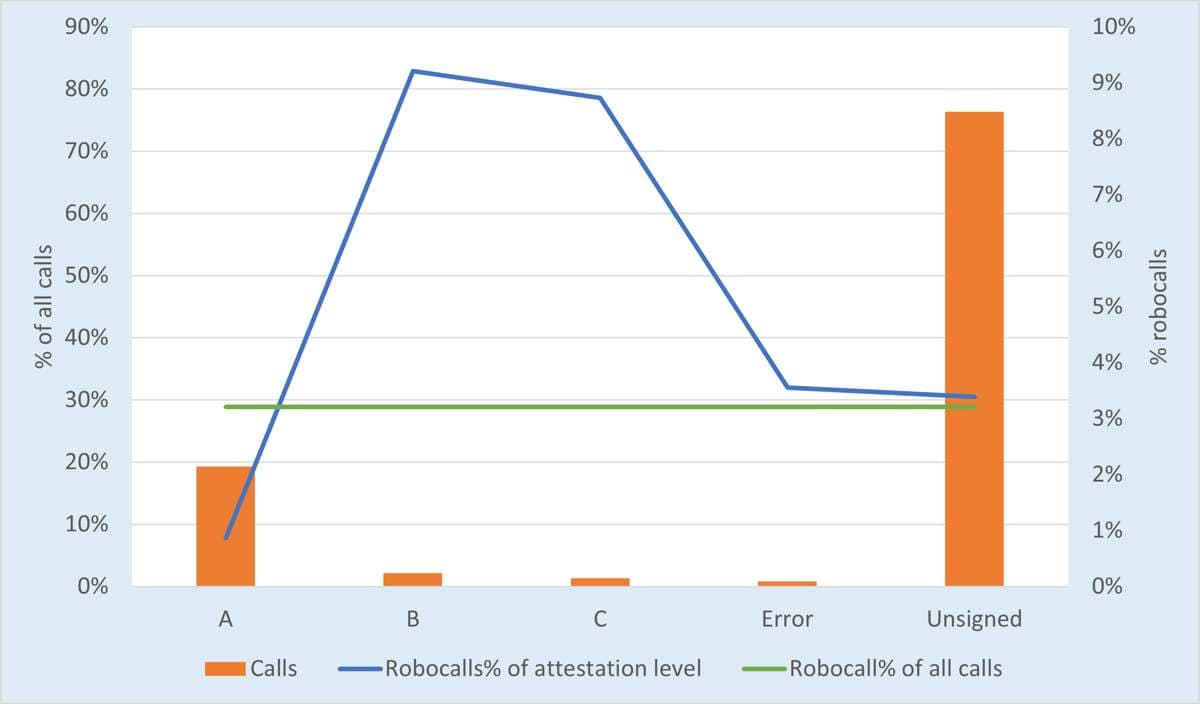 Calls signed with partial attestation are 3x more likely to be robocalls. 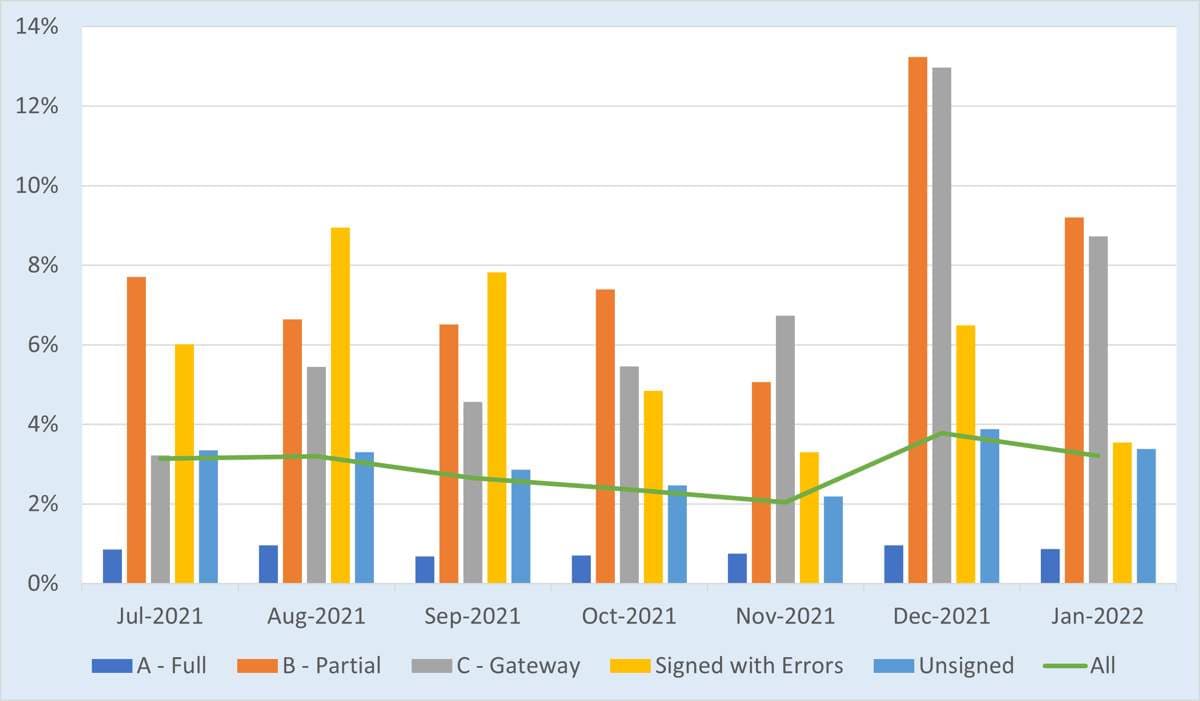 Figure 2 shows the evolution of this pattern. Robocalls signed with Partial B and Gateway C attestations spiked in December 2021. This ratio is back down a bit in January, but it’s still higher than any other month we’ve observed. 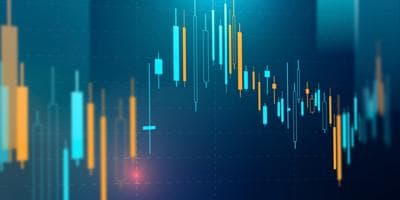 Who are signing calls with Partial B attestation? The following figure shows attestation level ranges by provider type. 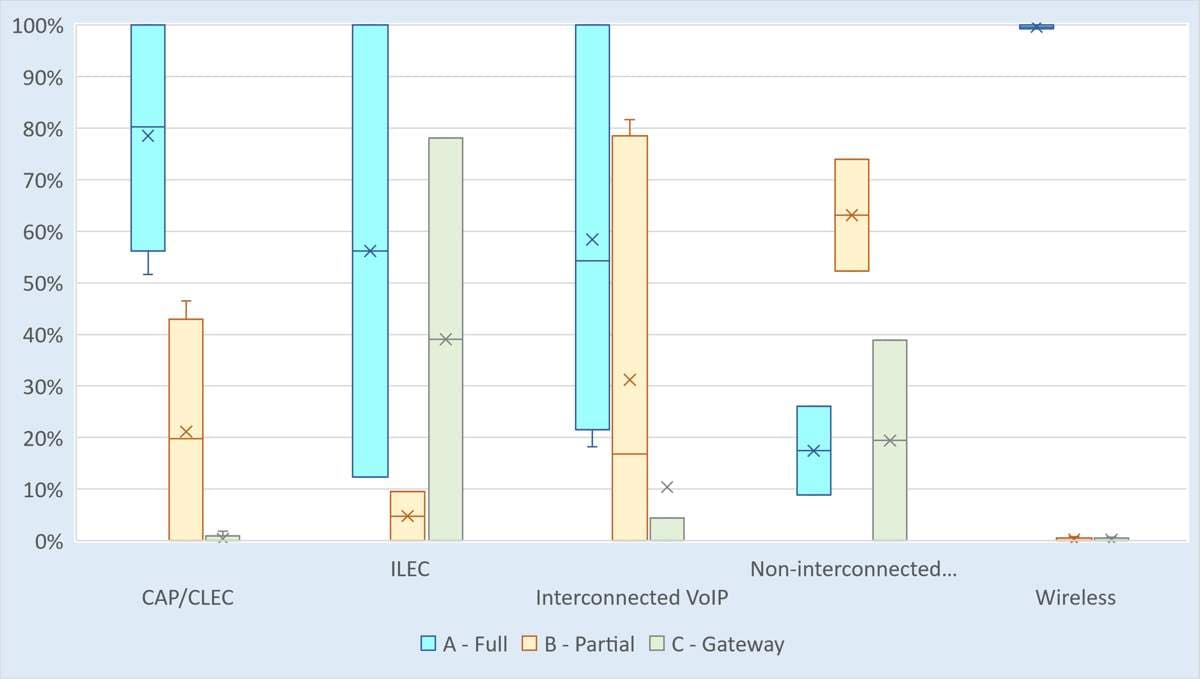 In figure 3, the yellow boxes show the ranges of Partial B attestation across different provider types. The X in the middle of the box shows the average usage for that type, while the height of the bar shows the variability of usage among that class. The short lines extending from the boxes (the “whiskers” in a box-and-whiskers chart) show outliers.

We’ve observed these patterns in previous months. In January, we noticed some movement among interconnected VoIP providers. Compared to December 2021, these providers are signing about 10% fewer calls with Partial B attestation, with corresponding increases in their usage of Gateway C attestation and Full A attestation levels.

The number of originating service providers observed signing calls increased about 4.5% in January, from 247 to 258. 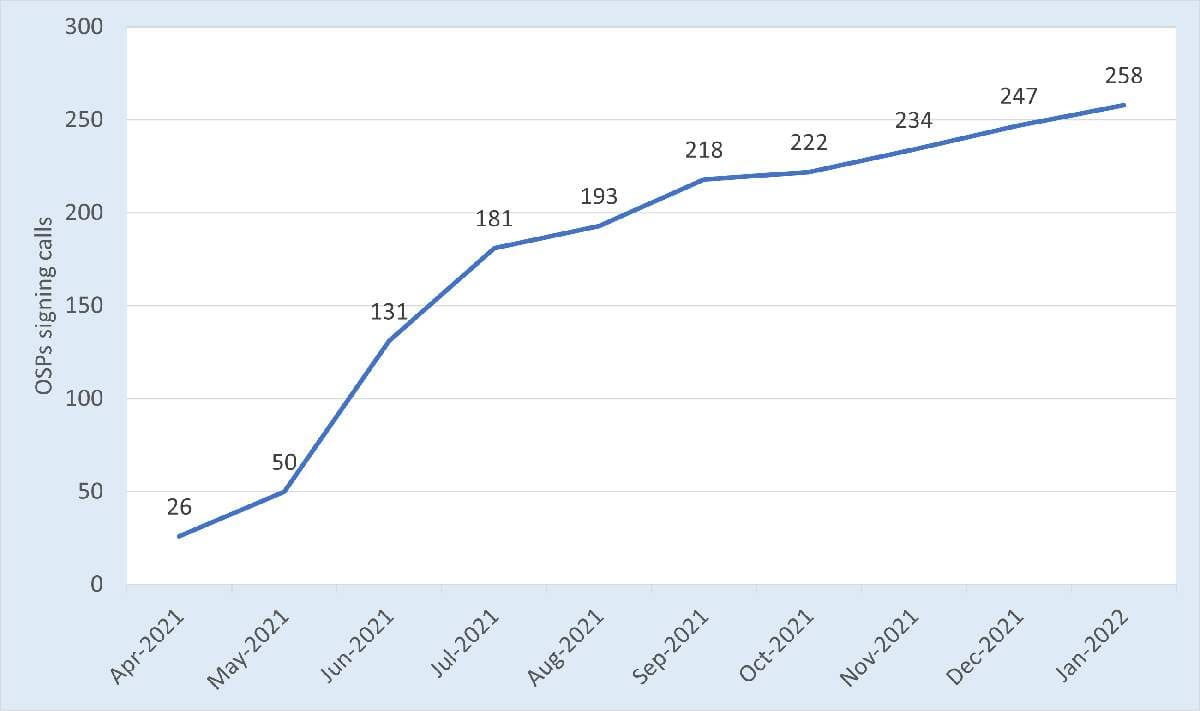 We expect to see participation increase as we approach the June 30 deadline for non-facilities-based small providers to implement SHAKEN.

The percentage of signed calls has remained flat since August 2021. 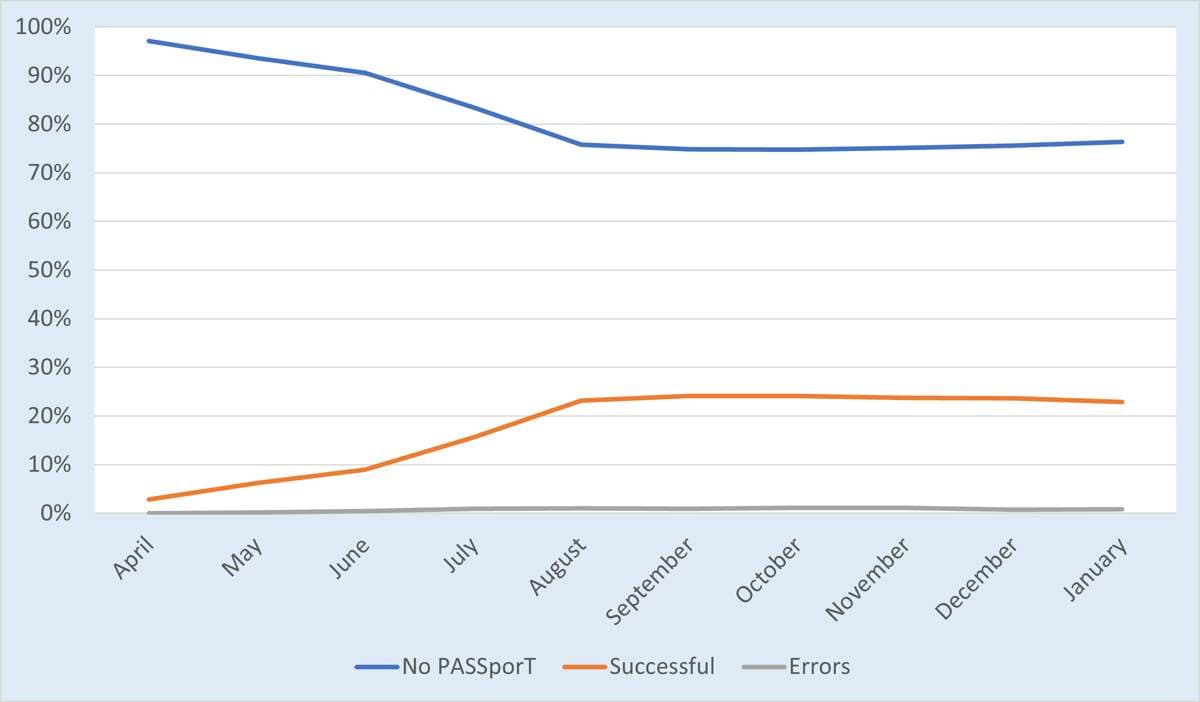 Figure 5 shows that the percentage of unsigned calls (blue line) and signed calls (orange line) seem to be level—maybe even going the wrong way. The percentage changes from month to month have been hovering in a 1.4% band, which isn’t enough movement to indicate a trend.

Until the small provider extension expires, and the non-IP extension is phased out, it seems the SHAKEN ecosystem will be stuck at around 24% of calls—higher among wireless carriers, and lower among smaller carriers who either aren’t signing calls or whose signed calls lose SHAKEN information when the call encounters a TDM segment along the call path.

Now for the bad news:

There’s still lots of work left to get the illegal robocall problem under control.

We provide an STI-CPS, the TransNexus CPS, which is available to any SHAKEN-authorized service provider free of charge. We can also provide a private STI-CPS, either hosted or on-premises, to service providers.