The FCC sought comment on proposed rules to prevent illegal robotexts. This article reviews the comments received and proposed initiatives.

The robotext problem is described in the FCC’s Notice of Proposed Rulemaking (NPR) and in the FCC Consumer Advisory Committee’s Report on the State of Text Messaging.

In their NPR, the Commission proposed mandatory blocking of texts purporting to be from invalid, unallocated, or unused numbers or numbers on a reasonable Do-Not-Originate (DNO) list.

The NPR also asked if spoofing is a problem and whether call authentication (STIR/SHAKEN) should be used to authenticate the texting source.

Spoofing in voice calls versus spoofing in text messages

Some commenters pointed out that there was confusion over the term spoofing. ATIS-1000081, Robocalling and Communication ID Spoofing, says “SMS spam is where spoofed or illicit messages are sent to subscribers.”

In robocalls, however, spoofing is when a robocaller puts another phone number in the calling number caller ID information.

In robotexts, as described in ATIS-1000081, spoofing is when a robotexter sends a text message that impersonates another entity or organization. However, SMS technology does not enable to robotexter to put another phone number in the calling number information.

These different interpretations of “spoofing” may have caused some confusion in the NPR. Several organizations clarified the issue in their comments.

Almost 60 comments and reply comments were filed in response to the NPR. We won’t review all of them, but here are the recurring themes:

The NPR indicates that “STIR/SHAKEN standards[…] do not currently support text messages, although work on standards for text messages is underway.” They cite an IETF draft, Messaging Use Cases and Extensions for STIR. This draft specification describes how a PASSporT mechanism could be applied to text and multimedia messaging systems that use telephone numbers as the identity of the sender.

It isn’t clear if there is a need for this solution in the U.S. text messaging ecosystem, however, as origination number spoofing is not an issue.

“intended to document the current landscape of unwanted text delivery techniques and service provider countermeasures to serve as a basis for future discussion. While it describes perceived gaps It does not attempt to design new mitigation solutions.”

At first, the intended scope of this technical report may seem disappointing. Let’s design some solutions! We think this will be a good start, though. It will be useful to understand the problem more thoroughly before proposing solutions that might miss the mark. 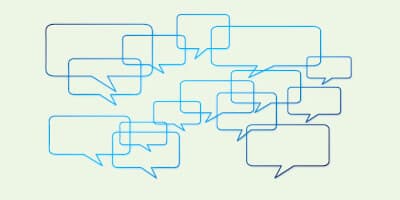