The FCC proposed a rule change to strengthen robocall mitigation by making the requirements more specific—something they’ve carefully avoided in the past. This article reviews why they proposed this change and what the new requirements could be.

On May 20, the FCC issued a Further Notice of Proposed Rulemaking (FNPRM), which contains many proposed rules and questions about robocall mitigation and STIR/SHAKEN. Paragraphs 191 and 203 ask if the FCC should strengthen the definition of “reasonable steps” providers should take in their robocall mitigation program.

The Commission has been encouraged to require more of all providers in their robocall mitigation efforts. Here are two examples.

A provider can identify likely illegal calls by examining the percentage of calls answered, the ratio of different Caller-ID information (referred to as Automated Numbering Information, or ANI) to the number of total calls, and the average duration of calls[…] Almost all illegal robocalls are short duration averaging less than 20 seconds (because the called party hangs up). 99% of such calls last less than a minute. Less than 1% of such calls last more than 2 minutes.

Our provider rating methodology continuously measures wholesaler and direct peer calling patterns over time and considers factors such as call duration, percentage of calls declined by the recipient, number of calls made using invalid numbers, calls originating from industry or government identified problematic providers, and illegal calls made to our expansive honeypot.

Let’s look at the robocall mitigation programs claimed in Robocall Mitigation Database (RMD) filings by providers recently blocked for participating in transmission of auto warranty robocalls and failure to respond to traceback and enforcement:

Most of these providers were not required to have or certify a robocall mitigation plan. That’s why the Commission wants to require plans from all providers.

Robocall mitigation plans should include KYC and monitoring. In their RMD filings, providers should specifically certify that they are doing these things.

We believe the Commission should require robocall mitigation plans to confirm that providers vet their customers/upstream providers and monitor traffic.

Would bad actors still make dishonest claims about their alleged robocall mitigation programs? Sure. And they will get caught.

Other providers, however, will be more responsive. If they must have processes for KYC and monitoring, then they will. They won’t want to get in trouble with regulatory compliance or face the legal risks of inadequate vetting and monitoring. 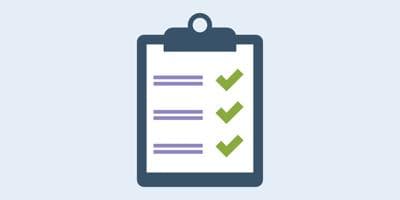