Legislation was introduced in the U.S. House of Representatives to prohibit spam text messages. The proposed law would also change the auto dialer definition that’s been at the center of so many TCPA lawsuits. Here’s a review.

The proposed legislation would amend 47 USC §227, Restrictions on use of telephone equipment, by changing the auto dialer definition and adding prohibitions against spam texting. This definition was created by the TCPA (Telephone Consumer Protection Act of 1991).

Here’s the current definition of an auto dialer:

As used in this section, the term “automatic telephone dialing system” means equipment which has the capacity to store or produce telephone numbers to be called using a random or sequential number generator and to dial such numbers.

And here’s the definition proposed in the new legislation:

As used in this section, the term “automatic telephone dialing system” means equipment which has the capacity to store or produce telephone numbers to be called or sent a text message and to automatically dial or send a text message to such numbers.

Yellow highlights show the changes: text messages are in, the part about using a random-or-sequential-number-generator is out. These changes serve two purposes:

In court cases brought against high-volume callers using auto dialers, defense attorneys have used a narrow definition of ATDS to argue that the TCPA does not apply to their clients because they were using an auto dialer that falls outside of the TCPA definition.

The Facebook v. Duguid case went to the U.S. Supreme Court, which decided in favor of the narrow definition. The justices decided that they should interpret the TCPA definition as written. If it no longer fits, then Congress should change it.

High volume callers were pleased by the Facebook v. Duguid decision. They face considerable legal risk from TCPA lawsuits, even when they believe they are making legitimate calls. Litigation outcomes were uncertain because of varying interpretations of the auto dialer definition by different courts.

Meanwhile, consumer advocates and legislators were concerned that the decision might unleash a flood of robocalls. 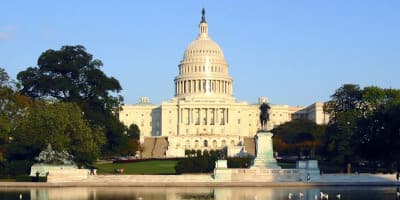