The CHIPS and Science Act of 2022 was signed into law on August 9, 2022. Although it’s main purpose is to promote semiconductor manufacturing in the U.S., it also includes some telecommunications funding. Let’s have a look.

The acronym writers were hard at work on this legislation. The word “CHIPS” in the title is an acronym for Creating Helpful Incentives to Produce Semiconductors.

At 393 pages, the CHIPS and Science Act covers a lot of ground. We spotted two areas that will be directly relevant to the telecommunications industry:

The law includes other technology initiatives, such as quantum computing, cryptography, artificial intelligence, and STEM education that will also benefit the telecom industry.

Since the announcement that this bill passed and would be signed, three companies have announced investments in chip manufacturing:

It will be interesting to see how the funding and research programs unfold in the telecom industry. 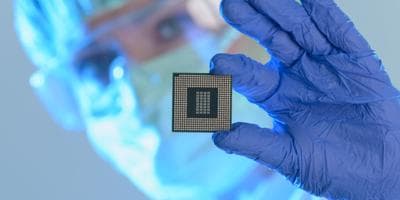