A creative regulatory approach to prevent robocalls has been proposed to the FCC. Would it work? Let’s have a look.

This approach was suggested by ZipDX in a recent series of meetings with Commission staff advisors and in their ex parte notification filings. The proposal includes the following:

The ZipDX proposal describes the economic drivers of illegal robocalls:

These providers have great visibility into illegal robocalls, but they have incentive to look the other way.

ZipDX proposes specific measures to identify risky traffic. These measures are based upon call duration, as follows:

Conversational calls typically last more than three minutes; about half of these calls last less than a minute.

ZipDX maintains that these stats are easy to monitor by each provider along the call path. Each provider would be motivated to set up a reporting system that identifies suspicious traffic. 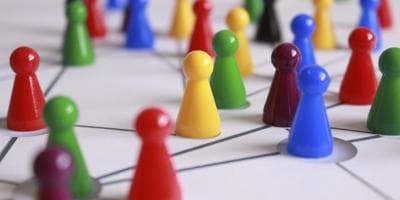 And it’s helpful to see a knowledgeable observer draw a clear line in the sand with proposed benchmarks to classify conversational and dialer traffic. The proposal applies these standards to averages calculated over hundreds of thousands, or millions, of calls. A provider would not be able to hide much dialer traffic from these averages.

But who would see these averages? A well-intentioned provider could perform the calculations to identify suspicious traffic. A bad actor, however, knows they’re carrying dialer traffic—they don’t need to see the stats.

Neither the FCC nor the Robocall Traceback Consortium could see the stats.

But the next downstream providers would. They would have incentive to monitor call duration. Their risk/reward appetite may be different. They may not want to risk stiff penalties.

Perhaps the risk of enforcement action would compel enough providers to monitor suspicious traffic and question upstream providers who send it. This is the economic leverage that the ZipDX proposal aims to unleash.