There’s been an ongoing debate for almost a year now about how to satisfy the immediate call blocking notification requirements of the TRACED Act. The conversation continued with a very interesting session at SIPNOC 2022. Here are the highlights.

The panel discussion was titled Resolving the 603/607/608 Call Blocking Notification Codes Issue. The panelists were:

Here’s a summary of points made during this discussion advocating for and against SIP 603+ and SIP 608.

In contrast, SIP 608 support would have to be added to network equipment and software.

SIP 603+ support would begin to appear in the network sooner. Some carriers are doing this now, although not in a standardized way, as the standards are still under development.

SIP 608, however, would take longer to support.

Tim said that both 603+ and 608 provide the necessary information that callers need for redress. But with 603+, we can get a solution into our networks faster. Network equipment doesn’t require modification or requires less modification than SIP 608.

There are two difficulties with 608:

Carriers would have to buy lots of infrastructure to make this happen.

Could SIP 603+ signal to the carrier what the FCC requires? Absolutely.

There’s an assumption that, since I’ve got boxes that spit out 603s, that’s gotta be easier than doing 608s, right? No. If you look at the code that must handle the new information, it’s identical whether the information is in a 603+ or 608.

What’s different is that most software handles the result codes in a case statement. The question is, do we put in one more case (for 608), or do I put a bunch of if-then-else statements within the 603 case?

The 608 spec was published in 2018, almost 4 years ago. The RFC was published over a year ago. If 608 is so hard, where were the comments back then? What’s different is that the FCC said, “no, really, you need a solution.”

The entire video recording is available online. (Registration is required to view the recording.) It’s an interesting discussion and well worth a look. 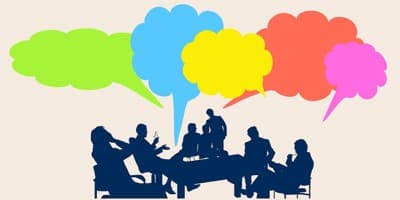