Who should sign calls authenticated with STIR/SHAKEN? It seems a simple question. But when you combine complex calling scenarios with current FCC rules, the answers aren’t so easy. Let’s have a look.

The problem can be described by first looking at a quick summary of the SHAKEN standards, then a brief review of the FCC SHAKEN rules.

The ATIS standard for SHAKEN, ATIS-1000074.v002, says the Originating Service Provider (OSP) signs the call. The OSP is the “signing provider.” Their customer is placing the call. This is the simplest call scenario.

But what about more complex customer-of-customer scenarios? 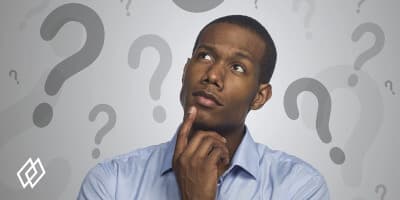 To provide standards-based guidance on the more complex customer-of-customer call scenarios, ATIS developed a technical report, ATIS-1000088, that describes a framework for SHAKEN attestation as described in ATIS-1000074.

Suppose the caller in the example above gets her telephone service from a Reseller or Value Added Service Provider (VASP) that is not authorized to sign calls with SHAKEN. Here’s an illustration.

The SHAKEN standards were developed with an expectation that Resellers and VASPs won’t be able to sign calls. Therefore, ATIS-1000088 defined the signing provider, who is authorized by the Policy Administrator to do SHAKEN, as the OSP. The Reseller or VASP is the OSP’s customer. The person making the call is the end user.

ATIS-1000088 then goes into detail in describing how the OSP must know their customer, the Reseller/VASP, to justify a partial attestation. In turn, the customer (Reseller/VASP) must cooperate in this arrangement to let the OSP know that the end user is a legitimate user of the telephone number to justify a full attestation.

This is more complicated than expected. Well, at least ATIS-1000088 clearly defined the roles and provided guidelines.

Then the FCC issued SHAKEN rules that upended this framework.

In their Second Order on SHAKEN, the FCC provided two important determinations:

In November 2020, the STI Governance Authority changed eligibility for service provides to be approved by the STI Policy Administrator. Service providers no longer have to have access to numbering resources. Instead, they must register with the FCC Robocall Mitigation Database. This removed the FCC SHAKEN extension for service providers that cannot obtain a SHAKEN certificate.

This changed everything. The following illustration explains.

With the FCC SHAKEN rules and the STI-GA rule change, the roles have changed:

There are many Resellers/VASPs that have arranged with a downstream provider to sign calls for them. We are aware of some Reseller/VASPs that have filed their certification in the Robocall Mitigation Database (RMD) asserting that they have done a Complete SHAKEN implementation.

These providers seem to be following the model described in Figure 2, above, where a Reseller/VASP cannot sign calls. They arrange with a downstream provider to sign their calls for them. However, according to the FCC rules, the Reseller/VASP should sign their calls, provided they have control over the necessary network infrastructure.

In other cases, downstream providers are signing calls on behalf of upstream providers and using their own SPC and SHAKEN certificates to do so. We know this because the Reseller/VASP has not been approved by the Policy Administrator as a SHAKEN provider, yet they have filed their certification in the RMD as having done a Complete SHAKEN implementation.

It will be interesting to see how this develops.