Which calls from unregistered providers should you refuse?

The FCC Second Report and Order says intermediate and terminating service providers should not accept traffic directly from unregistered voice service providers. Seems simple enough, but there are some serious complications hidden beneath the surface. Let’s have a look.

There are a few important pieces to this puzzle, and we must put them on the table before we can make sense of it.

First, here’s the important statement from paragraph 86 of the Second Report and Order on SHAKEN:

For this discussion, let’s call this the unregistered provider rule.

Directly: The rule only applies to the next upstream voice service provider, not providers several hops back toward origination.

Voice service: The TRACED Act and subsequent FCC orders defined voice service as “a service that is interconnected with the public switched telephone network and that furnishes voice communications to an end user.”

We have the puzzle pieces we need. Now, let’s try to put this together.

Let’s use a simple illustration to show how these rules and definitions are applied.

On second thought, this rule isn’t so simple. But wait, it gets better. 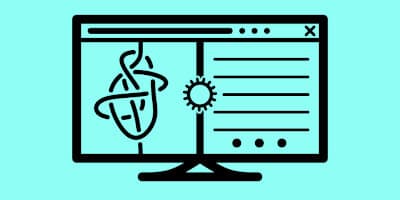 Remember the call-by-call basis rule? This is important, because a provider might act as an intermediate for some calls and as an OSP for other calls.

Suppose that provider 2 also originates some calls for its end user customers. It also sends these calls downstream to provider 3. For some calls, provider 2 was the OSP; for others, it was an intermediate.

How is provider 3 supposed to know which calls from provider 2 are subject to the unregistered provider rule?

Here are a few key points the FCC raised in the FNPRM:

The Commission asked whether they should change the unregistered provider rule, so that it applies to any foreign provider, originating or intermediate. They will discuss the FNPRM at their Open Commission Meeting on September 30, 2021.

Meanwhile, providers are caught in a tough situation. Some might want to refuse all calls received directly from an unregistered provider, simply because they cannot tell whether the provider was acting as an OSP or intermediate.

Let’s see what the Commission comes up with on September 30.