We’ve collected SHAKEN statistics from our ClearIP customers from November 2021. This article reviews the evolution of SHAKEN activity, participation, and robocall trends since the SHAKEN/robocall mitigation implementation mandate. 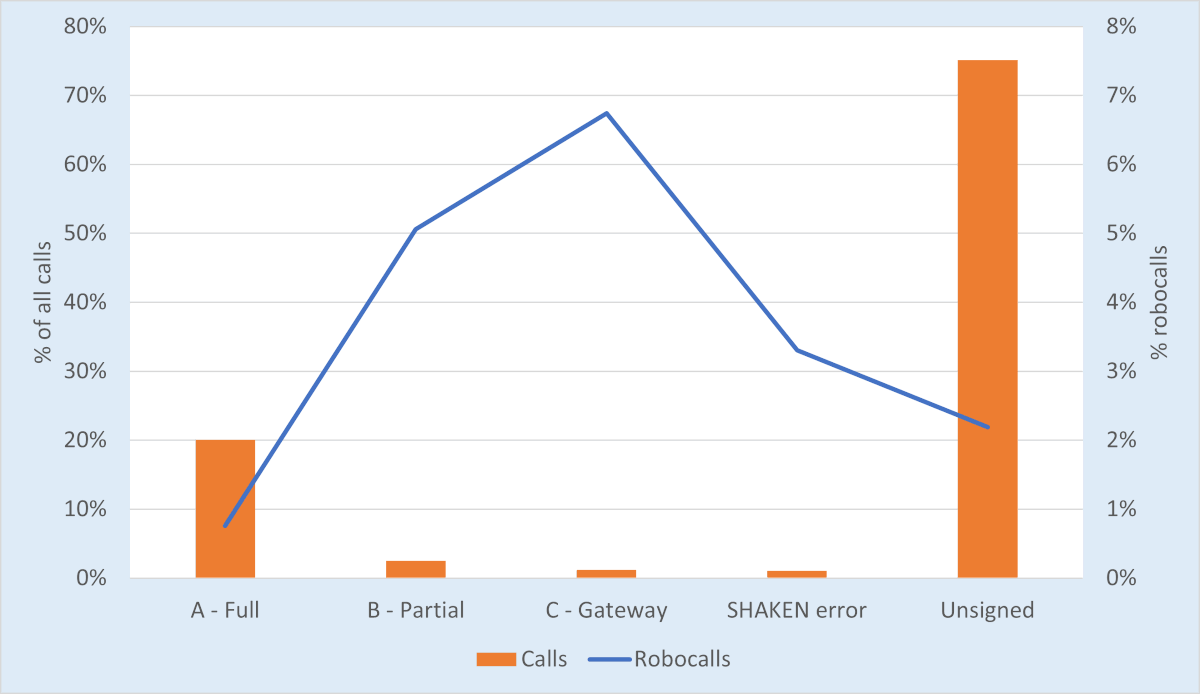 Robocallers aren’t fleeing from SHAKEN; they’re getting their robocalls signed with SHAKEN. 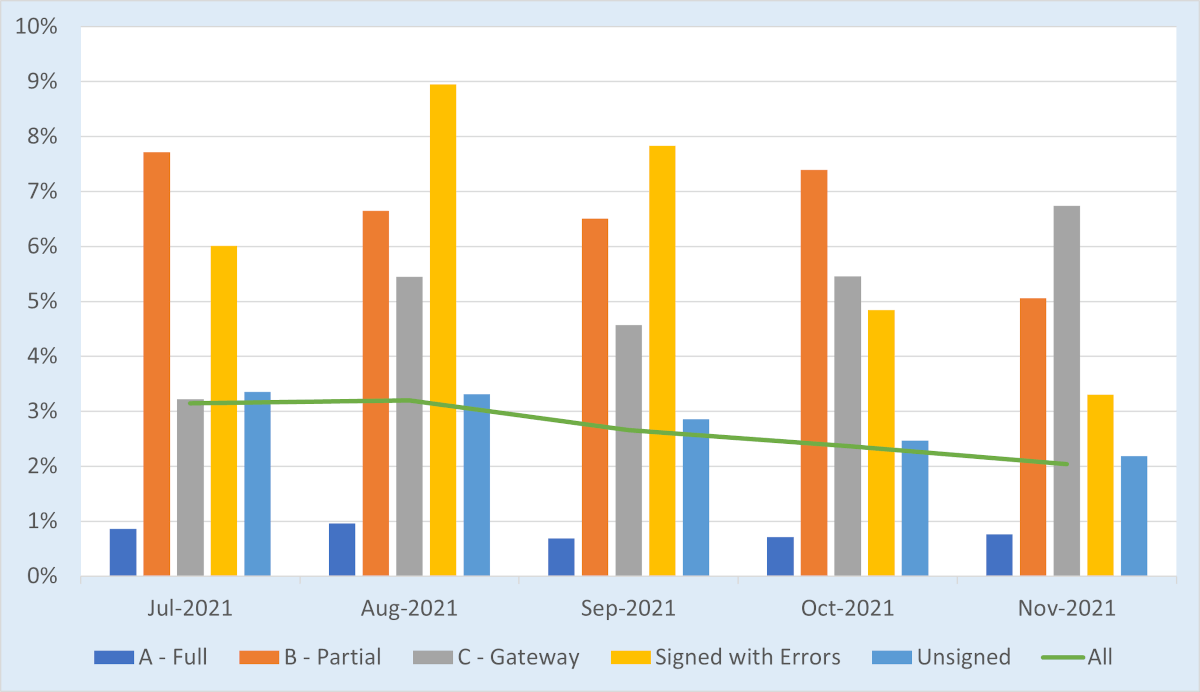 Figure 2 shows trends for signed robocalls. The situation has evolved in several ways:

We have been reporting since July that many signed robocalls were signed by downstream intermediate providers for their upstream Originating Service Provider (OSP) customers. Perhaps some downstream providers are growing wary of signing calls with partial attestation. Let’s have a look at that. 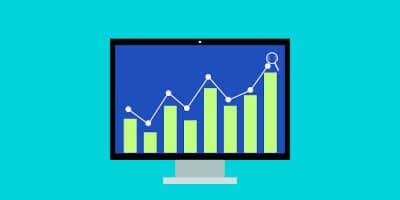 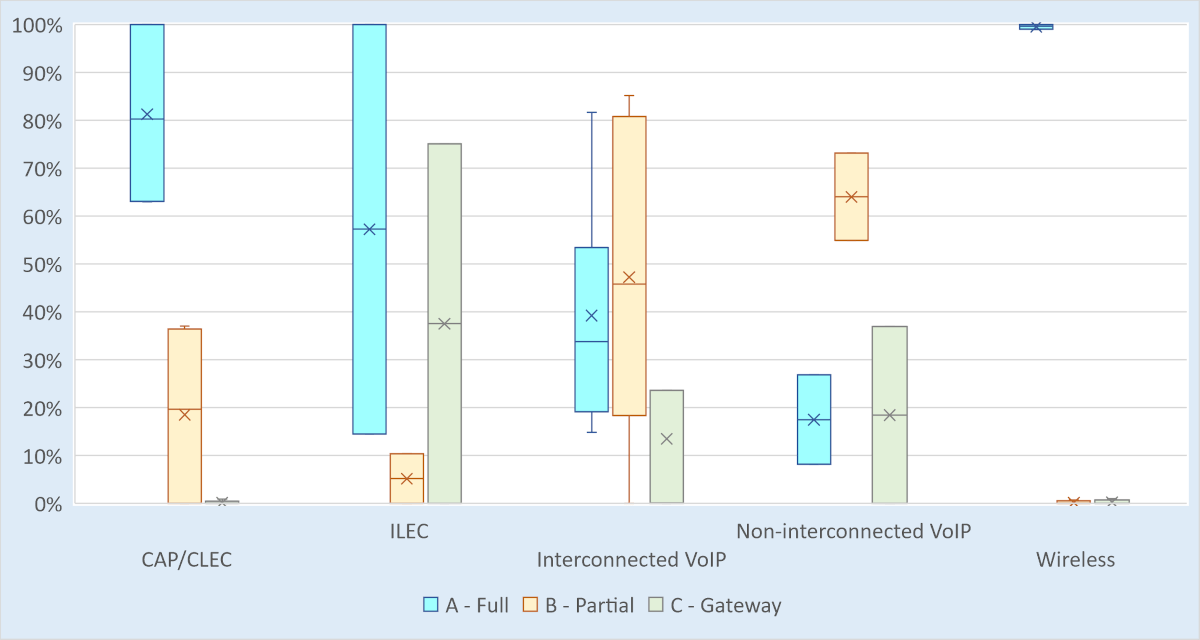 Non-interconnected VoIP OSPs are also signing a high percentage of their calls with partial attestation, in the 55–73% range, with a median of 64%. These numbers are similar to October 2021.

However, there was a drop in the use of partial attestation among CAP/CLEC OSPs from October to November. We will watch to see if this continues. 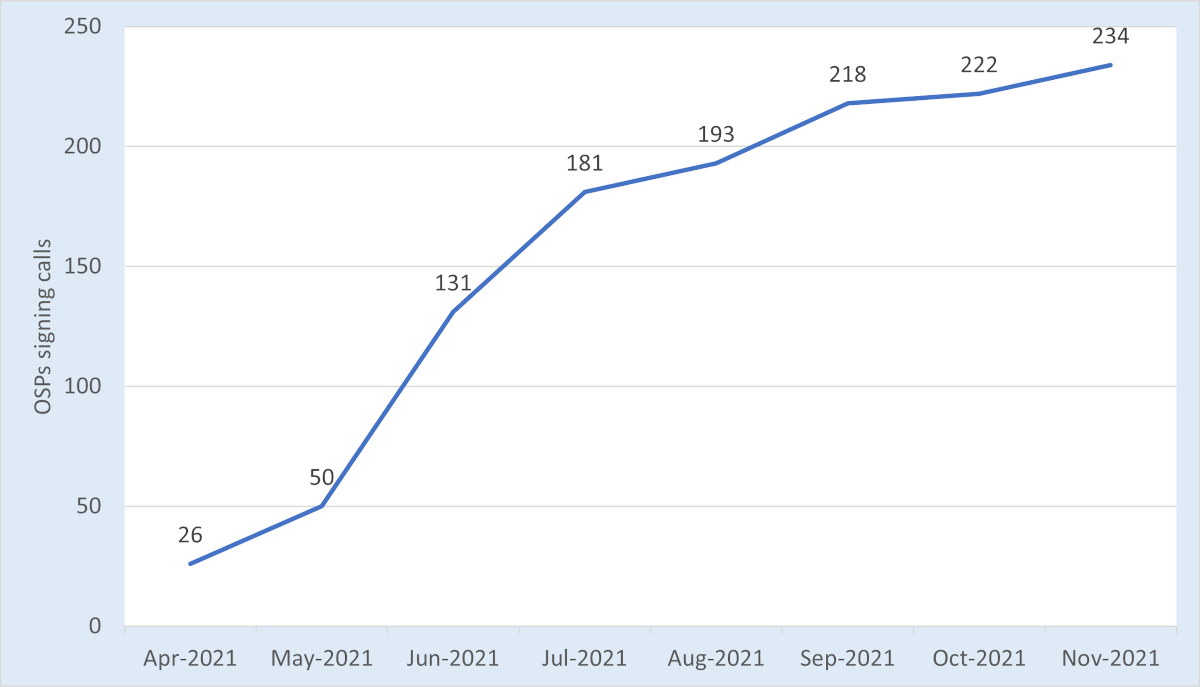 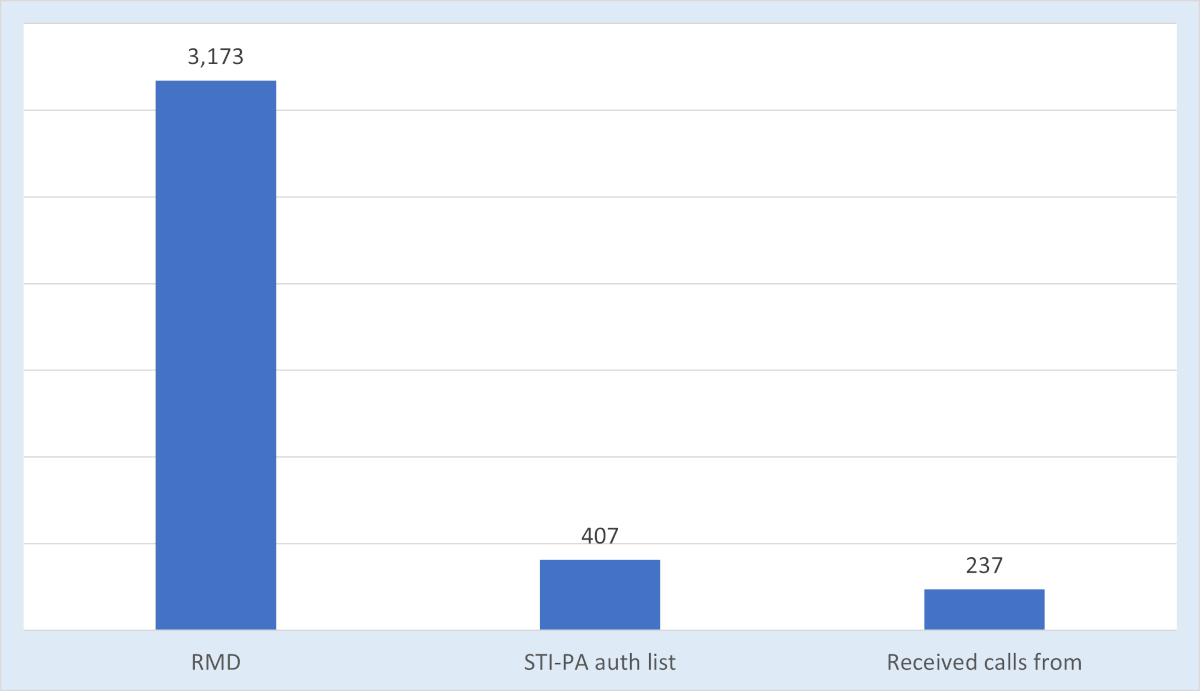 The disparity between SHAKEN implementations claimed in the Robocall Mitigation Database versus the number of SHAKEN authorized providers continues. Clearly, there are not 3,173 OSPs signing calls. The number of authorized SHAKEN providers, 407, is a much better measure of SHAKEN participation. It’s up slightly in November, from 398 in October. 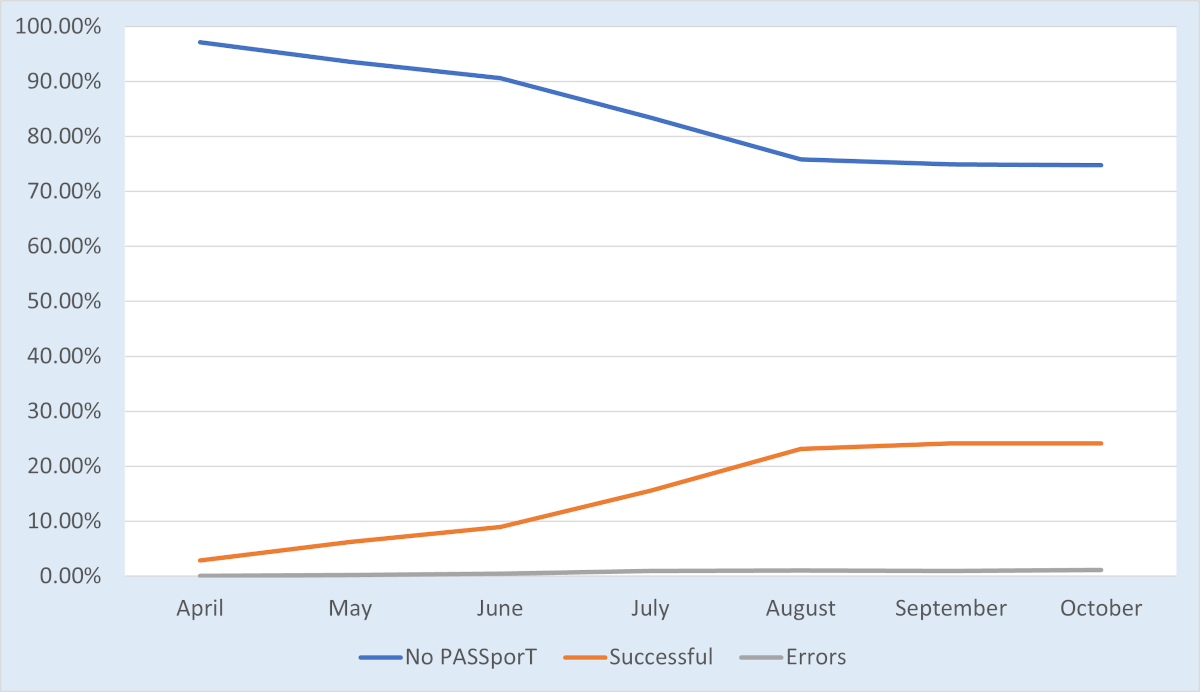 As with the number of SHAKEN OSPs, the percentage of signed calls seems to have reached an equilibrium point around 24%. It dropped 0.4% from October.

There is good news in the November data:

There are still some causes for concern:

How do we continue to make progress? Here are a few ways: