We’re seeing a shift in the way SHAKEN implementations are being certified with the FCC. The numbers raise questions about what’s really going on in the SHAKEN ecosystem. Let’s have a look. 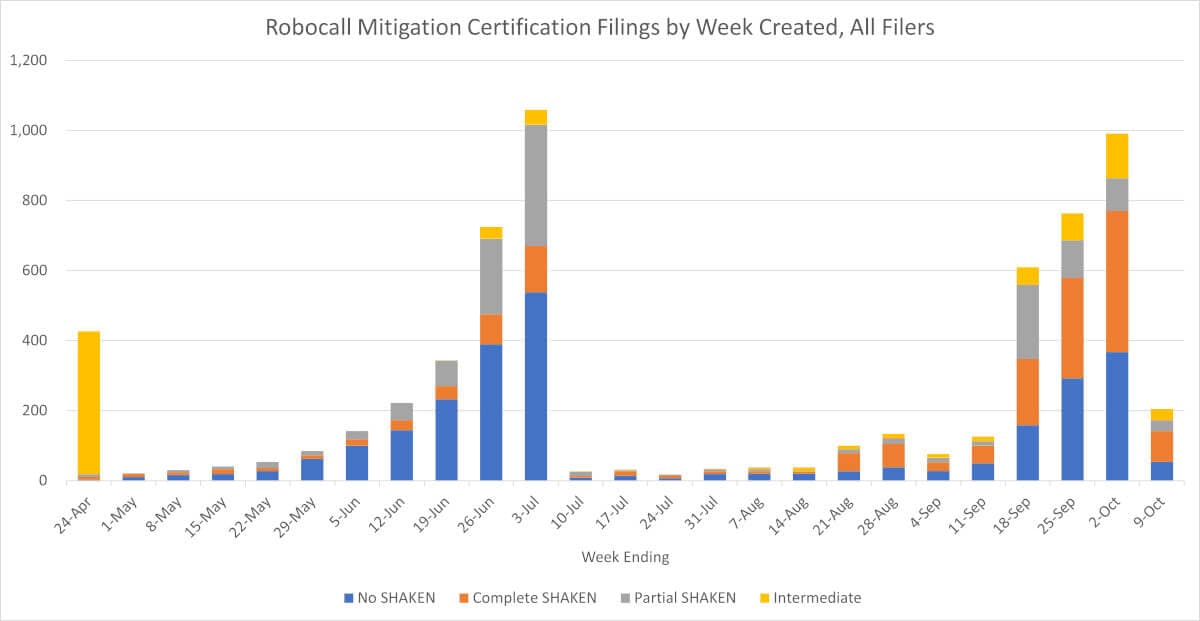 The different colors in the stacked bars represent the types of certifications filed in each week. The stacked bars illustrate the total number of filings for the week.

We can see this reversal clearly in this illustration of cumulative filings by implementation type. 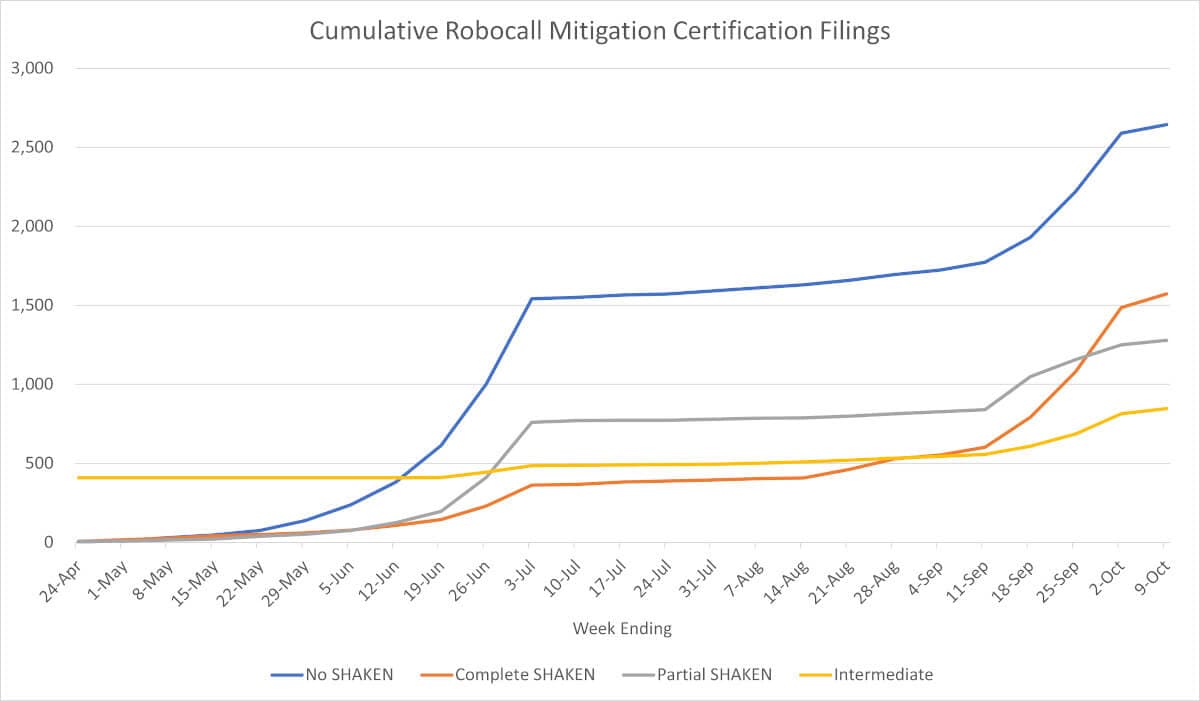 Around September 18, Complete SHAKEN filings took off like a rocket, with the largest increase taking place the week ending October 2. 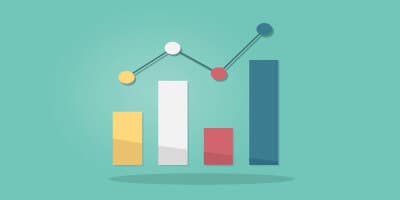 Let’s compare the explosive growth of Complete SHAKEN implementations to the number of service providers authorized to use SHAKEN by the Policy Administrator (STI-PA). 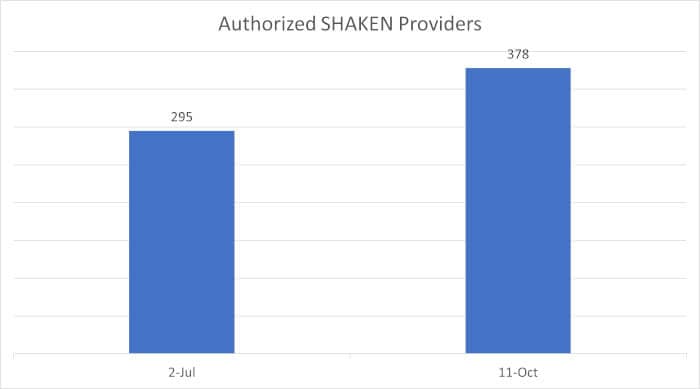 Hmm. Not so much growth here. Not very many SHAKEN-authorized providers, either.

To be fair, some of the difference between the RMD and the STI-PA lists is because the list of SHAKEN-authorized service providers is summarized by parent companies, while RMD certifications are sometimes filed by separate subsidiary companies.

However, that explanation doesn’t begin to explain the difference we see here. Looking through the RMD SHAKEN filings, it seems unlikely that many of these businesses are subsidiaries of SHAKEN-authorized service providers on the STI-PA list.

It seems that many of these businesses have claimed a SHAKEN implementation without having been approved to do SHAKEN.

Will these RMD filings be satisfactory? Is anyone checking? Or will filings only be examined during traceback or enforcement?

In case you missed it, the FCC issued a public notice to remind providers of the September 28 blocking deadline.

In this notice, they also announced an RMD updates email list. You must have login credentials on the RMD portal to subscribe.

After logging in, on the personal welcome page, there’s a place to subscribe to weekly updates. Sign up, and you’ll receive an email every Tuesday at 11:00 a.m. ET that lists changes to the RMD over the preceding 7 days.

The Commission is providing this as a way to ease compliance with the requirement to make sure that providers from whom you receive calls directly are in the RMD.

We provide an STI-CPS, the TransNexus CPS, which is available to any SHAKEN-authorized service provider free of charge. It’s part of the national network of STI-CPSs.

We can also provide a private STI-CPS, either hosted or on-premises, to service providers.