Robocalls in the U.S. were up 3.3% in October, according to the YouMail Robocall index. Are SHAKEN and robocall mitigation working? What does the future hold? Let’s have a look. 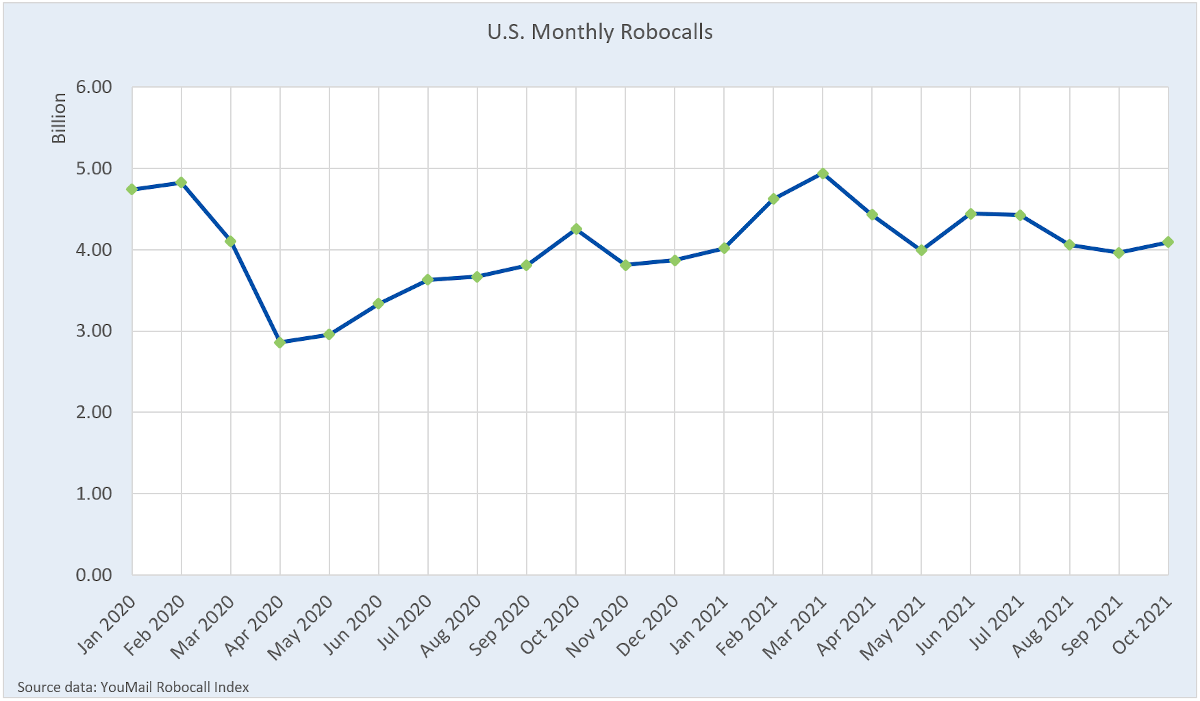 Figure 1: Robocalls Were Up in October

Here are the monthly robocall numbers for the past six months:

Is SHAKEN making a difference? 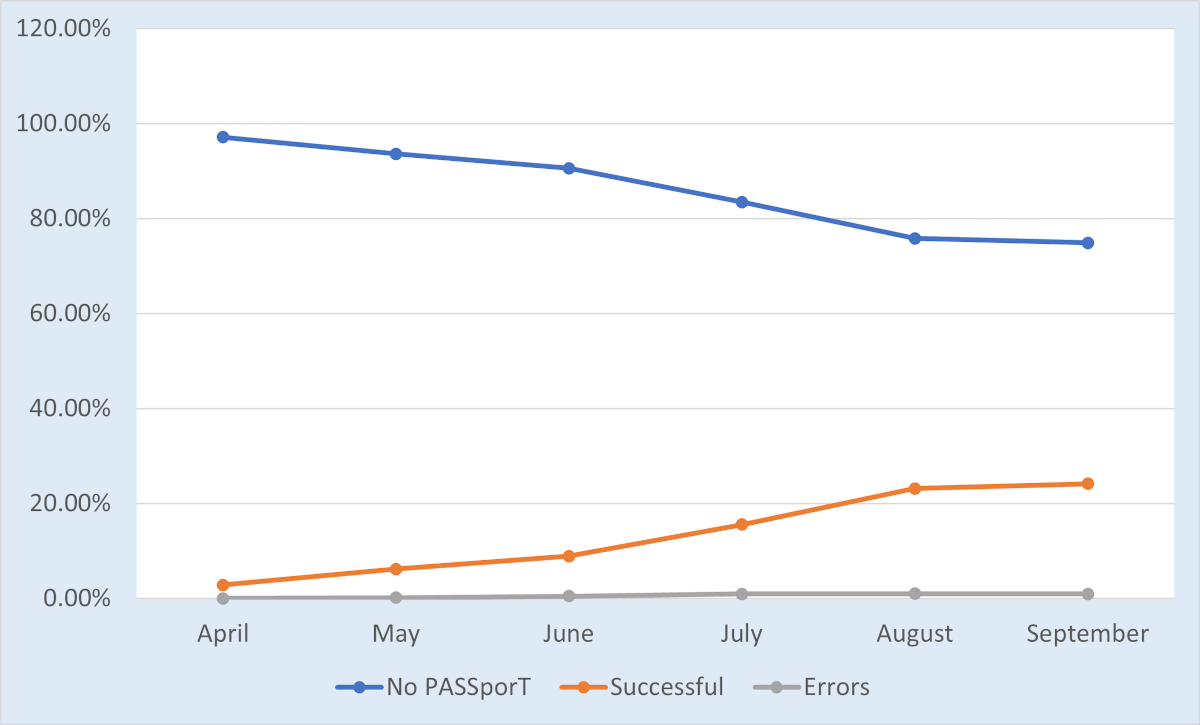 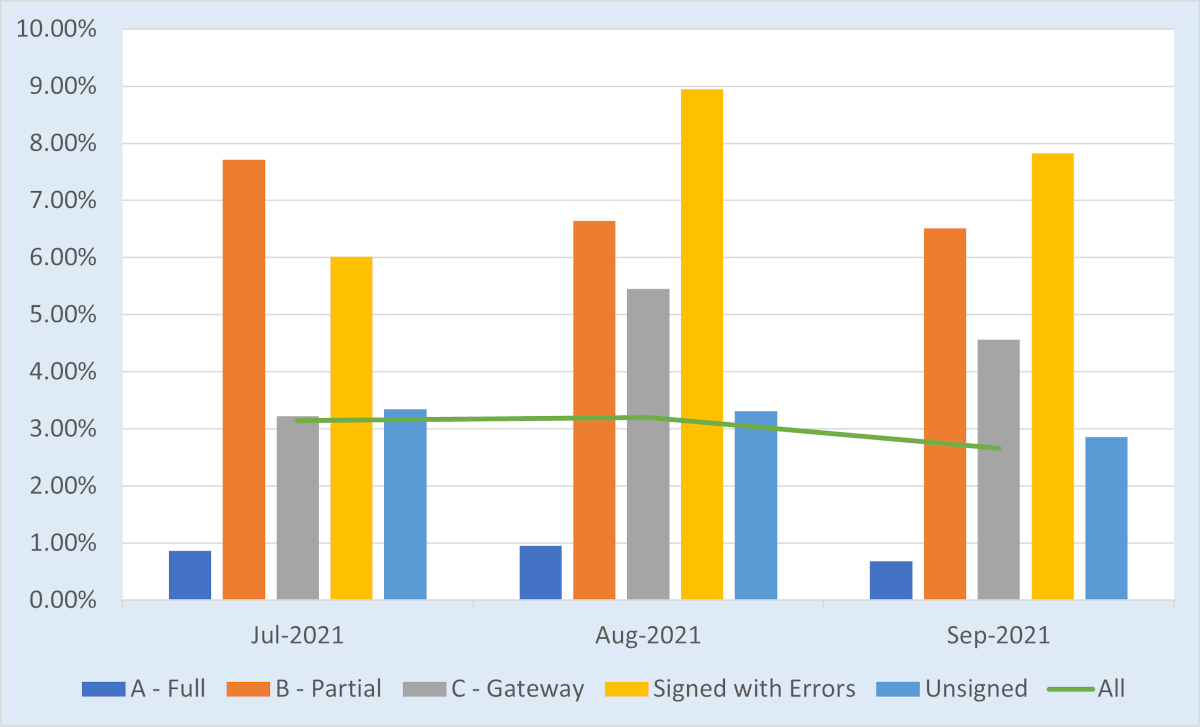 We’ve also seen a consistent pattern of robocalls being signed with partial (B) and gateway (C) attestation. These calls are more likely to be robocalls than unsigned calls!

Some service providers have filed their certification in the Robocall Mitigation Database (RMD) claiming a complete SHAKEN implementation.

These providers haven’t implemented anything. They aren’t on the list of SHAKEN approved service providers maintained by the STI Policy Administrator.

As of this writing, there are 2,761 filings in the RMD (U.S. only, no intermediates) that claim a SHAKEN implementation. There are 390 SHAKEN authorized providers listed on the STI-PA website.

This is not how the SHAKEN framework was designed. But it is how illegal robocalls are surviving in the early days of SHAKEN. 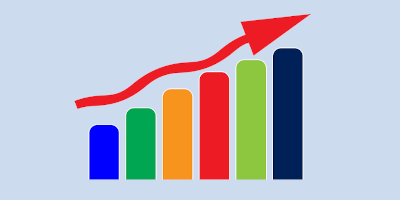 Voice service providers that aren’t doing SHAKEN are required to do robocall mitigation. How’s that going? Judging by the October numbers, not so well.

The plans provided by these providers were very weak. Robocall mitigation didn’t work because, well, they really weren’t doing much of that.

Here are a few things we believe should happen for SHAKEN and robocall mitigation to fulfill its promise:

In addition, we can help with all aspects of STIR/SHAKEN deployment, including registering with the Policy Administrator and filing your certification with the FCC.