In their reply comments, USTelecom responded to the FCC Wireline Competition Bureau’s request for comments on a protective order for RMD collection. Here’s is the crux of their complaint:

Recent filings in the RMD seeking blanket confidentiality for providers’ robocall mitigation plans are of deep concern and threaten the transparency and accountability that the RMD is intended to create.

The Bureau should ensure that robocall mitigation plans are public by default, and only truly confidential and sensitive information is withheld from full public view.

USTelecom cites the FCC’s Second Report and Order, which states that the intent of the confidentiality provision is to avoid giving bad actors the information they need to undermine the provider’s programs, or disclose sensitive competitive information. 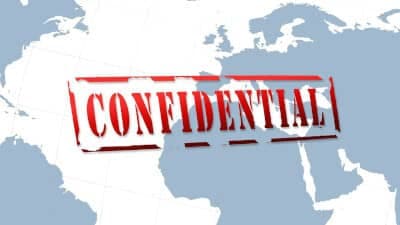 On June 14, 2021, we reviewed robocall mitigation plans in the RMD for providers that filed a request for confidentiality. Here’s what we found:

We’re not sure where this will lead. It seems that USTelecom has raised some fair points. They cited the FCC’s statements from orders that established the RMD. These statements describe the importance of transparency and accountability.

However, the FCC was deliberately non-prescriptive in providing instructions for filing a robocall mitigation plan. Further, they provided a mechanism to request confidentiality.

This will be interesting to watch.

We offer STIR/SHAKEN and robocall mitigation solutions in our ClearIP and NexOSS software platforms.