The Industry Traceback Group (ITG) just published a new report, Combatting Illegal Robocalls, with interesting statistics on scam robocalls in the U.S. and progress on eradicating them through traceback. Here are highlights of this report.

USTelecom — The Broadband Association created the ITG in 2015 to foster cooperation in combatting illegal robocalls. In 2020, the FCC designated the ITG as the Robocall Traceback Consortium, an official role established by the TRACED Act.

We described the traceback process in a blog post on robocall traceback in the U.S. The process starts from the robocall recipient and uses an online portal to organize a process where each voice service provider identifies the next upstream provider from which they received the robocalls.

Each provider adds information to the case 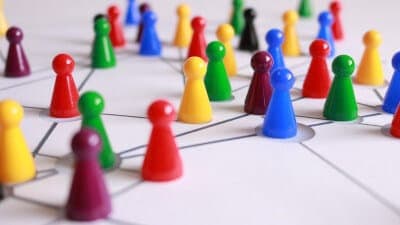 The report provides some interesting statistics.

This traceback relies on timely compliance and participation from providers. Over time, the process has become more efficient and effective, as demonstrated by these ITG statistics from 2020:

In the Fourth Report and Order on Advanced Methods to Target and Eliminate Unlawful Robocalls (CG Docket No. 17-59) released December 30, 2020, the FCC required voice service providers to participate in traceback. Here are important quotes from the order:

We adopt our proposal to require all voice service providers to respond to traceback requests from the Commission, civil and criminal law enforcement, and the Consortium...

Some commenters express concern that traceback requests may not go to the correct contact within the organization. We encourage voice service providers to publicly designate a point of contact for such requests...

We generally expect responses within a few hours, and certainly in less than 24 hours absent extenuating circumstances. Patterns of delayed response may lead to Commission enforcement.

We offer robocall mitigation solutions in our ClearIP and NexOSS software products. Contact us today to learn how we can help you prevent nuisance and scam robocalls from originating in or entering your network.