What is an autodialer? Seems like an easy question, but disagreements over the definition have caused conflicting decisions in important court cases. Now the U.S. Supreme Court is going to address the issue in an upcoming case, and their decision could have a big impact on robocall and telemarketing law. Here’s an overview.

It starts with the TCPA

The Telephone Consumer Protection Act of 1991 (TCPA) established rules for telemarketing and the use of automatic telephone dialing systems (“autodialers”). The intent was to reduce the amount of disruptive or annoying calls while creating rules that enable organizations to call customers and prospects legally.

The TCPA includes a definition of an “automatic telephone dialing system.” Courts have struggled over how to interpret this definition, and the controversy has caused confusion and undermined the effectiveness of the TCPA. 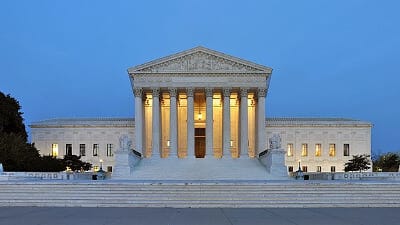 Here’s the TCPA definition for an automatic telephone dialing system:

This seems simple enough. But in lawsuits brought against organizations using autodialers, shrewd attorneys have questioned the exact meaning of this definition to argue whether it applies to their case.

Two different interpretations of this the autodialer definition have emerged from court decisions:

Some observers note that the expansive definition seems more intuitive. It would keep up with changing technology. Clever defendants couldn’t wriggle out of enforcement by saying, “Hey, our autodialer doesn’t generate random or sequential numbers,” or “our autodialer doesn’t store numbers.”

Critics of the expansive definition note that this broader definition could include things like smartphones. That doesn’t seem right. This interpretation could be too broad.

Those who favor the narrow definition note that it’s what was written into the TCPA. If that doesn’t work, then legislators should change or amend the law with new legislation. Courts shouldn’t reinterpret the law.

So here we are: Arguing over a definition, with no way forward.

Then something interesting happened: Experts familiar with autodialer technology available circa 1990 stepped forward to explain how it worked. They compared this technology to the TCPA definition and explained how they go together quite well.

Maybe the TCPA definition isn’t so bad after all.

Karl Koster, Chief Intellectual Property Counsel with Noble Systems, filed an amicus brief with the U.S. Supreme Court on the case headed for the Supreme Court, Facebook v. Duguid. Noble Systems isn’t involved in the case; they offered this friend of the court brief to provide technical information about autodialers that might help the court understand how the TCPA autodialer definition relates to the technology.

How an autodialer works

In his brief, Mr. Koster explained that autodialers of that era did store numbers, either in registers, memory, or on disk. Any of those would satisfy the TCPA storage criteria.

As the autodialer nears completion of dialing a set of numbers, the random algorithm will struggle to find a number that hasn’t already been called. At this point, the software will typically switch to sequential dialing of the remaining numbers. Because there are few undialed numbers remaining, and previously called numbers were selected randomly, there is little risk of overwhelming a switchboard. This satisfies the TCPA sequential dialing criteria.

The narrow definition is broader than one might think

From this review, the brief argues that the narrow, literal, plain language of the TCPA autodialer definition is broad enough to cover most any technique used by the technology of the time. There is no need to use a broader definition that might ensnare other technology, such as smartphones.

We offer robocall prevention solutions in our ClearIP and NexOSS software products. Contact us today to learn how we can help you prevent nuisance and scam robocalls from entering your network.