The Pallone-Thune TRACED Act, which was signed into law on December 30, 2019, includes requirements for the FCC to initiate a proceeding to protect called parties from one-ring scams (also known as Wangiri, Japanese for one-and-cut). Here’s an overview of one-ring scams, the roadmap for this FCC directive, and what protection looks like.

Section 12 of the Pallone-Thune TRACED Act directs the FCC to initiate a proceeding to protect called parties from one-ring scams. In this proceeding, the Commission shall consider how it can:

The law instructs the FCC to begin proceedings no later than 120 days after enactment, which was December 30, 2019. Therefore, this deadline is April 28, 2020.

Further, the act requires the FCC to report to Congress no later than one year after enactment, or December 30, 2020.

TransNexus has developed SIP Analytics, which performs dynamic call traffic analysis in real time. SIP Analytics is available in our ClearIP and NexOSS software products. SIP Analytics can identify many different types of attack profiles, including one-ring scams, or Wangiri.

When the cumulative fraud score reaches a predefined threshold, the software determines that a Wangiri attack is in progress.

The software creates a trigger event to track, respond to, and report on the attack.

SIP Analytics provides options for the action to be taken in response to an attack. These options can be set at the group, user, or individual subscriber level. They include:

Implementation is typically a quick and easy process. Simply create a SIP trunk pointing to our software and put it at the top of your routing table. Your network will send SIP INVITEs to the software as if it were a normal SIP trunk.

Our software will perform SIP Analytics, and any other services you have configured, and return a standard SIP message to the device so that it either allows, diverts or blocks the call. It only takes milliseconds.

Contact us today to learn how you can protect your subscribers from one-ring scams quickly and easily. 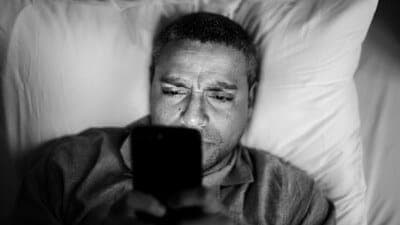