The FCC fined Affordable Enterprises of Arizona $37.5 million for making more than 2.3 million illegal robocalls over a 14 month period in 2016-17. The calls spoofed caller ID with calls intended to obtain something of value, a violation of the Truth in Caller ID Act.

The telemarketer manipulated caller ID to hide their identity, using telephone numbers of prepaid phones not registered to its business. They continued using these numbers even after the accounts lapsed and the numbers became unassigned. Some of these numbers were then reassigned to consumers, who received angry callbacks from people who were being inundated with robocalls.

The robocalls were selling home improvement and remodeling services.

The FCC was tipped off by a former employee of the telemarketer.

We offer robocall prevention solutions in our ClearIP and NexOSS software platforms. Contact us today to learn how you can prevent inbound robocalls from disrupting your subscribers and mitigate the origination of outbound robocalls to comply with the TRACED Act. 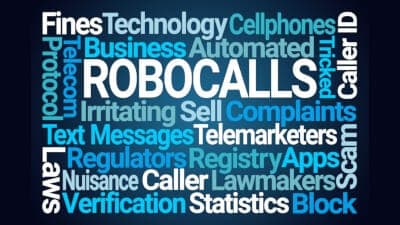