In a meeting with the FCC on January 14, 2020, the NTCA explained that 93% of its members have IP-enabled switches, yet most are unable to participate in STIR/SHAKEN. The problem is not a lack of IP-enabled equipment. The problem, says the NTCA, is that upstream carriers are unwilling to exchange voice traffic with rural carriers over IP.

The NTCA also observed statements in filings by large nationwide carriers indicating that they intend that “IP interconnection will take place on a nationwide basis, and at a relatively small number of places.” The result of this approach, says the NTCA, is that rural providers would be “required to deliver calls to distant points of interconnection that may be several states and hundreds or even thousands of miles away from the rural area where such calls originate.”

That’s why rural carriers are forced to use TDM, and that’s why they can’t participate in STIR/SHAKEN. The rules of the road need to change, says the NTCA.

The NTCA also raised issues with intercarrier compensation. In an all-IP world, rural providers would be forced to bear the full cost of transport for voice traffic without any universal service support. The economics threaten universal service, which has long been a policy goal in telecommunications.

Finally, the NTCA noted that there are no alternatives in place for authenticating calls that originate and/or terminate on TDM networks. This raises significant risk that legitimate calls from rural customers will go unanswered. It also raises risks that spoofers will use rural telephone numbers. 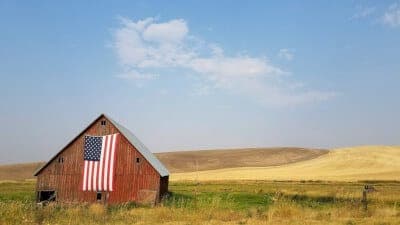 To address these problems, the NTCA urged the FCC should do two things:

Further details are available in the NTCA’s ex parte filing.

While the NTCA did not specifically mention it, we note that an obvious authentication alternative for call authentication on TDM networks is out-of-band SHAKEN. With this method, the SHAKEN identity token is sent separately, across the internet. The call doesn’t have to carry the token in-band, so it can transit any type of telecom network.

TransNexus supports both in-band and out-of-band methods in our STIR/SHAKEN solutions. Contact us today to learn how we can help voice service providers with your STIR/SHAKEN deployment.