The evolution of the phone call

The conventional wisdom is that younger generations don’t like to talk on the phone—they’d rather text or use social media. A recent article in the Wall Street Journal paints a different picture: research suggests that the phone call isn’t dead—it’s evolving.

The article, by Katherine Bindley, reports some interesting findings. Research by Frank Bentley, Yahoo Labs principal research associate, found that teenagers feel that it’s almost rude to call someone because they feel it disturbs and interrupts the called person with a demand for attention.

So, no voice communication? Not exactly. In fact, teens talk to each other a lot. They often start a video chat with friends and set down the phone somewhere with the camera pointing at the ceiling.

Voice chat became widespread with online gaming. Now, many young people often use it just for communication, without playing an online game.

Researchers and industry followers believe that there’s a growing demand for voice communication among this generation. The key is to provide the freedom of voice communication while lessening the sense of disruption that people feel when the phone rings unexpectedly.

Yes, there’s hope for the future of the phone call, especially for innovators who figure out how to deliver the experience that users want. 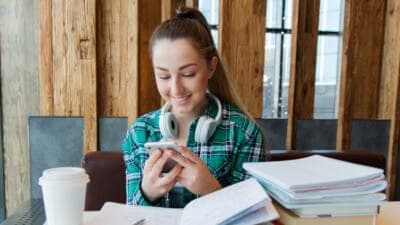