On June 20, a bipartisan version of the Stopping Bad Robocalls Act (HR 3375) was announced in the U.S. House of Representatives. Frank Pallone (D-NJ), chairman of the Energy and Commerce committee, and ranking member Greg Walden (R-OR) made the announcement.

The exemption period for voice service providers who are small, rural, and/or use TDM networks is new, as is the requirement for the FCC to identify alternative effective methodologies.

“We’re pleased to announce we’ve reached a deal on comprehensive bipartisan legislation to stop illegal robocalls, said Palone and Walden in a joint statement. “We look forward to moving this bill through the Communications and Technology Subcommittee next week.”

Comparison with The TRACED Act 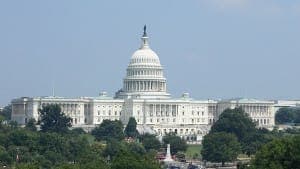 A similar piece of legislation, The TRACED ACT, was agreed to in the U.S. Senate on May 23, 2019, with a vote of 97–1. This legislation directs the FCC to mandate that voice service providers implement STIR/SHAKEN. The bill has been referred to the House Committee on Energy and Commerce as HR 2015.

The Stopping Bad Robocalls Act also mandates STIR/SHAKEN. In addition, it addresses a broad range of consumer protection issues that have arisen in recent court cases. These issues include:

The Stopping Bad Robocalls Act directs the FCC to prescribe new regulations to clarify these issues.