How STIR/SHAKEN can help defend against AI voice fraud attacks

In a story reported by the WSJ, fraudsters created fake voice recordings of a German CEO using Artificial Intelligence (AI). Then they called the CEO of a British subsidiary and convinced him to wire USD $243,000 to a Hungarian supplier within the hour. The British CEO sent the money. Why? Because the AI-generated recording was that convincing.

The current state of AI for voice replication

Dessa, an AI software development company, announced earlier this year that they have developed a system they call RealTalk. In their announcement, they provided a video recording they created with their software. It’s an AI-generated fake of a prominent podcaster, Joe Rogan, and it’s incredibly realistic.

As the WSJ article demonstrates, fraudsters are quick to use AI to fool their victims. The implications:

If STIR/SHAKEN caller authentication had been in place, the victim would have known that the caller ID was spoofed. That might have raised enough suspicion for the victim to confirm the request either through another channel or with a call back.

This story is a startling example of fraudsters taking advantage of the latest technology. STIR/SHAKEN can help thwart these attacks.

If you’re a voice service provider considering STIR/SHAKEN, contact us today to learn just how quick and easy deployment can be. 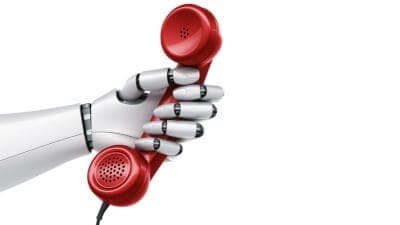