The FCC issued a call for comments on robocalling activity and prevention, including progress on SHAKEN/STIR. Here are highlights of comments offered.

AT&T has committed to begin implementation of SHAKEN/STIR in early 2019. They’ve completed lab testing with Comcast and are scheduled to begin field testing in the fourth quarter of 2018. They plan to begin authenticating calls in 2019.

AT&T has blocked more than four billion illegal calls on its wholesale network. They urge the FCC to adopt a safe harbor provision to allow carriers to do more extensive call blocking. They also encourage carriers to participate in traceback.

Comcast is also blocking bad calls. They plan to conduct network trials of SHAKEN/STIR prior to the end of 2018 and scale to fuller implementation during 2019.

Sprint is not blocking bad calls. In their comments, they expressed concern over perceived difficulties in implementing SHAKEN/STIR.

Verizon expects to achieve initial operational capability with STIR/SHAKEN this year, with the bulk of production coming on line in 2019. They encourage the FCC to stand ready to step in if substantial portions of the ecosystem fail to promptly implement STIR/SHAKEN. They also urge carriers to participate in traceback.

Consumer and industry and associations

ACA commented that the SHAKEN/STIR authentication framework is a promising tool for protecting VoIP customers from caller ID spoofing through use of a digital certificate scheme to authenticate calls. The ACA affirmed that they will strive to ensure SHAKEN/STIR is implemented cost-effectively and in a manner that encourages participation from small and medium-sized VoIP providers.

This organization represents healthcare administrators, such as hospitals and clinics. In their comments, they offer the perspective of enterprise telecom users whose work is hampered by both unwanted robocalls they receive and by anti-robocall measures that chill attempts by their members to conduct outreach that patients have requested and are expect.

ATIS reported that 27 industry participants have formally expressed interest in the ATIS Robocalling Testbed, three (3) of these companies are in the process of testing and ten (10) of these have completed testing.

The Consumer’s Union called on the FCC to organize more data collection and reporting on unwanted robocall activity and efficacy of solutions.

PACE encouraged the FCC to promote implementation of the SHAKEN/STIR framework, because it remains the most viable long-term solution for reducing the volume of illegal robocalls reaching consumers.

At the same time, they called on industry and the Commission to ensure that the telephone network remains available to legal callers, and that legal callers are provided an opportunity to challenge erroneous blocking/labeling.

The US Telecom Association reported that there is strong industry commitment to the deployment of the SHAKEN and STIR standards.

The USTA believes there is an acute need for coordinated, targeted and aggressive criminal enforcement of illegal robocallers at the federal level. (Current actions are civil, not criminal proceedings).

Software and consultants to industry

First Orion commented on the importance of analyzing phone call patterns when deciding whether to block calls, rather than just relying on the phone number. This is especially important given that robocallers often spoof a legitimate phone number as their caller ID.

They report that about 11%–12% of calls are identified as likely bad calls.

With recent decisions to move forward with establishing the Secure Telephone Identity Governance Authority (“STI-GA”) and Policy Administrator (“STI-PA”), Neustar has observed a modest increase in both interest in the Testbed and in actual testing.

Call blocking and labeling are useful but limited solutions. SHAKEN/STIR is the long-term solution.

Numeracle serves as a trusted intermediary between legal call originators, carriers, and analytics companies to ensure that wanted, legal calls are labeled accurately and are not erroneously blocked. This requires accurate, open communication so that calls customers want to receive go through, such as their prescription reminders from the local pharmacy or information that their special order is ready for pick up at the home improvement store.

By helping to ensure that wanted and legal calls such as these go through, analytics companies and carriers can take tougher action against illegal callers while minimizing or eliminating side effects to legal callers, such as inaccurate labeling and blocking.

Numerical has studied crowd-sourced bad number reputation databases and found inconsistent and incorrect grading. They believe that SHAKEN will help create a path for legal calls to be delivered to consumers without inaccurate labeling or blocking.

In our commentary, we made four points:

The FCC has posted the reports here. 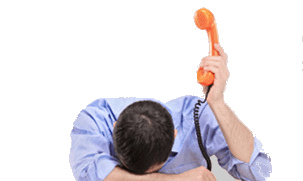 We have included SHAKEN/STIR functionality in our ClearIP and NexOSS software. It’s ready for you to test and use in production today.

We offer a Discover SHAKEN Workshop to help you learn about the framework and apply the concepts to your company’s telecom network and business practices. 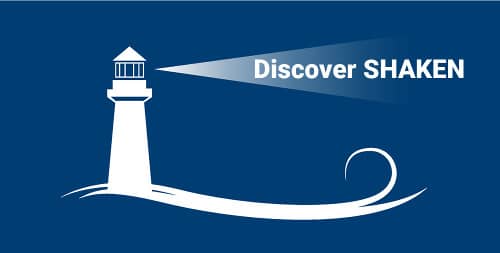